I've been playing through the video game series called "Deponia" lately and it's got me on a rusty junk kick. Deponia is set on a junk planet - literally a planet covered in so much junk that the majority of people who live there had to build a space station to escape the junk. It features places like "The Rust Red Sea" - everything is metal, junky, rust covered and possibly useful. 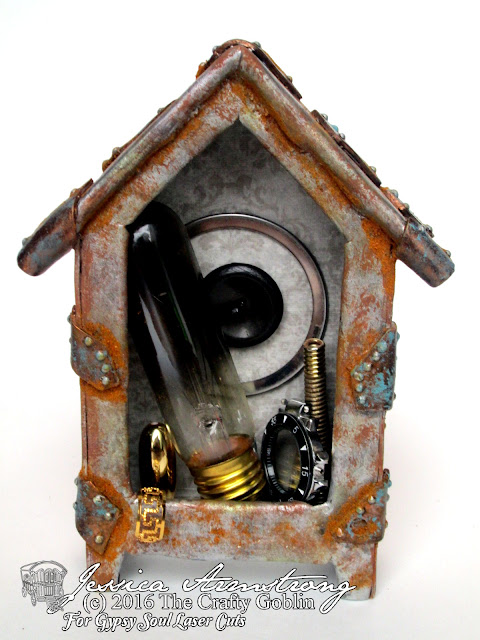 So I put together one of the Gypsy Soul house shrines and went to town "rustifying" it. I first covered it in kids craft foam and painted it silver and copper. 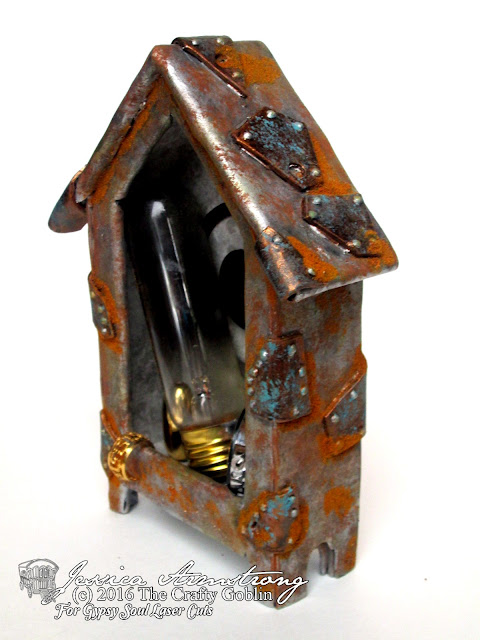 I'm not a metal worker, so what I do is make non-metallic things look like metal, and then making them look old. 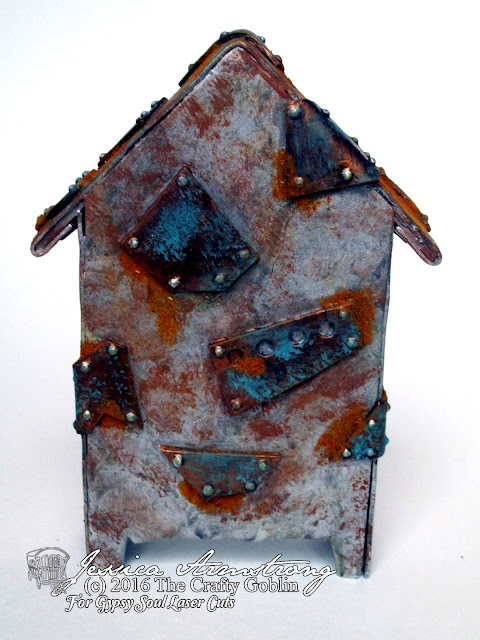 Because copper oxidizes differently than other metal, I've stippled some turquoise paint on the copper bits and bobs. 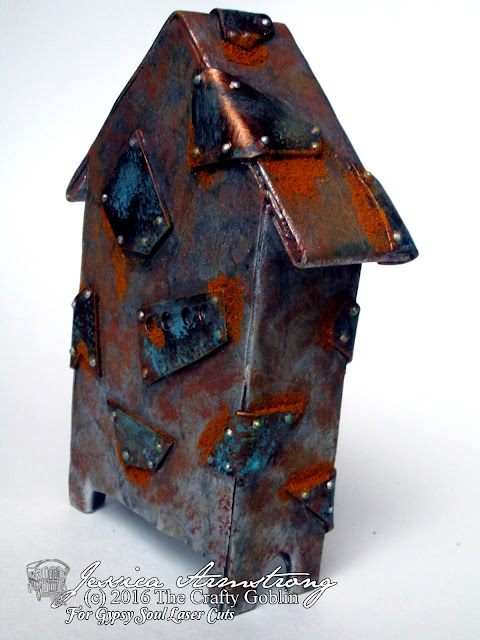 I used rhinestones as rivets, painted them silver and then dabbed PVA glue on random spots and applied my Rust Dust liberally to these areas. 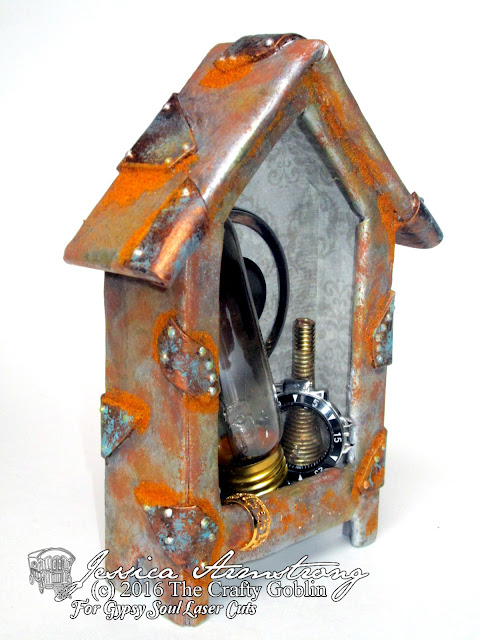 I've filled it with random bits and bobs from my "bits box" - things like an oven light, door stopper, and bead. For junk shrines, literally anything works - stick anything in there!