Hi everyone!  Leigh Ann here today for Gypsy Soul Laser Cuts.  I just received this square ink pad stand in the mail and was so excited I had to make it right away. 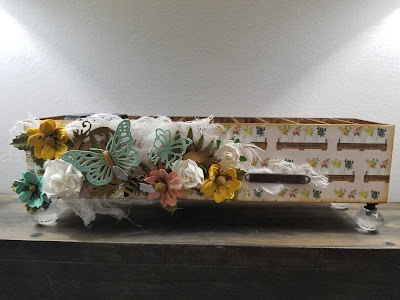 I decided I wanted to make it a horizontal stand rather than vertical so it could have an embellished side showing on my desk.  I started by cutting the paper that I wanted on the inside and adhered it to the side and bottom pieces first.  Then I did the same thing for all of the dividers.  I used 3 pieces of 12x12 paper for the inside.  It could also be painted, and probably would take less time.  When using paper, the slots for the dividers have to be cut out with a craft knife. 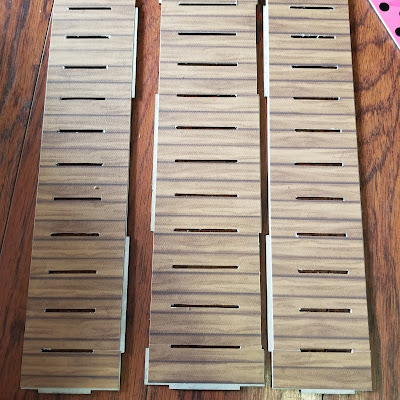 I sanded all of my paper edges and then inked the exposed edges.  Then I assembled the ink stand.  I used Beacon 3 in 1 glue for this.  You will want to use a strong glue for the assembly.  Once it was assembled I cut paper for the outside.  The ink stand is longer than 12 inches, so I made my seam towards the left edge where I knew it would be covered by embellishments and then continued to wrap the paper around the outside.  I sanded the edges and inked again after this step. 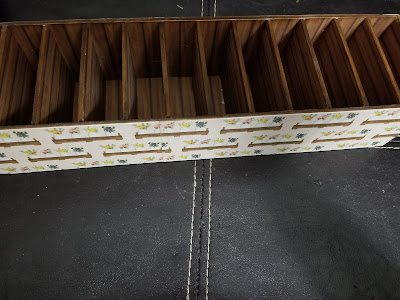 Next I prepared my chipboard embellishments that I wanted to use.  I covered two butterflies from the Butterflies and Dragonflies set and a bee from the Medium Honeycomb and Bee set with white gesso and let them dry.  I embossed the butterflies with the new WOW! Sea Mist Colour Blend Powder.  I embossed the center of the bee with black powder, and used gold powder to cover the two flourish pieces. 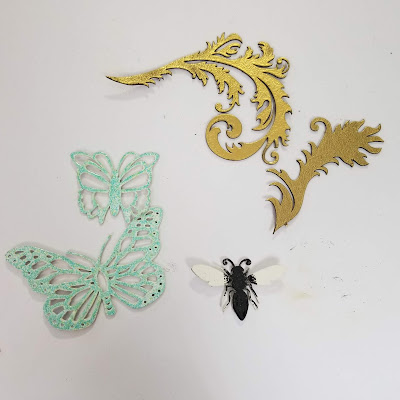 Next I worked on the bee some more.  I embossed its wings with a glitter powder, then painted yellow stripes using the gold color from the Prima Rust Effect Pastes. I also used gold powder on a small crown for the bee. 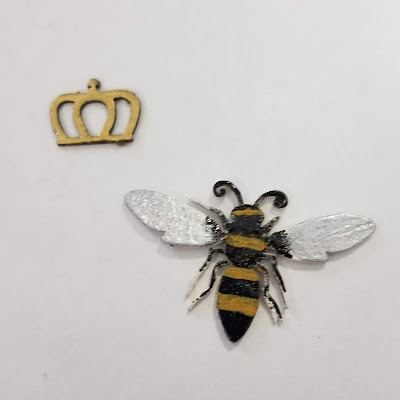 I roughed up some cheesecloth and made a background for my embellishments.  I first added some leaves from my flower stash, then inked the gold flourishes and glued them on using some scrap chipboard to pop them up a little. 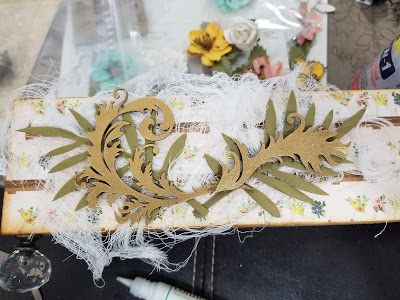 Example of how I used scraps to give some pieces dimension: 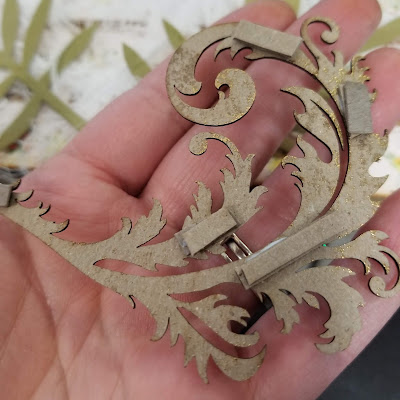 I inked a piece of paper rope to use as a body for the larger butterfly.  I also very slightly inked the centers of the butterflies. 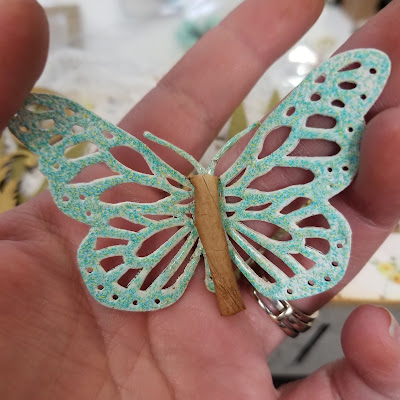 I used the same scrap method to pop up both butterflies and the bee.  I arranged them and some flowers to complete the front.  I also glued Prima knobs to the bottom to act as feet for the stand. 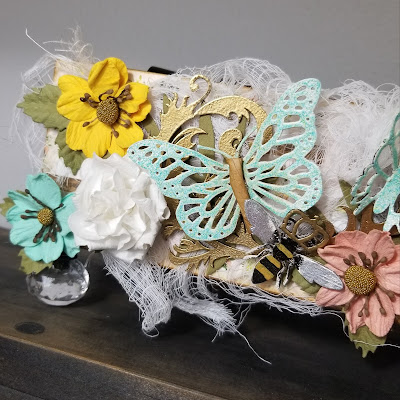 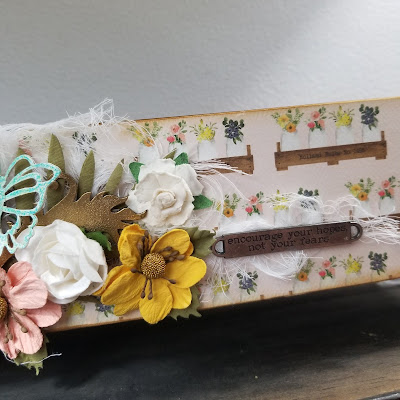 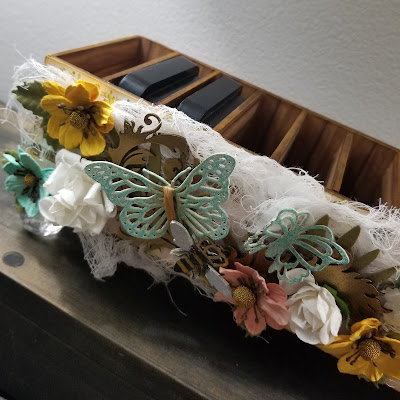 Thank you for visiting the blog!  I hope you have enjoyed this tutorial. I used the following Gypsy Soul Laser Cuts Products on this project: