Hello everyone, its Angela here with you today with a quick and easy birthday card. It was our oldest Son's 15th birthday on Monday and I honestly can't believe where the last 15 years have gone! I made this card for him as he is not really into anything in particular at all (apart from computer games like most other teenagers around here) 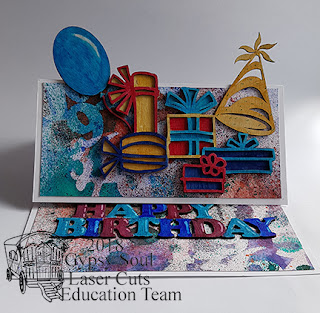 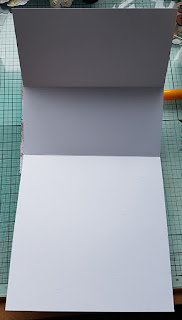 With the other side of the 12 x 12 sheet I used some spray inks and the numbers from the Mixed Media Fragments 1 to create backgrounds - I cut the sheet in  half first so the 2 bits would be different. 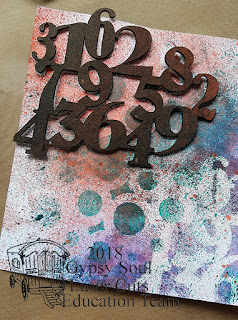 I then used the parcels, hat, balloon and sentiment from the Birthday set. First I painted them with a white paint pen. I then took some distress inks to ink up the sentiment however I didn't like the effect it gave me over the paint pen as it was way too light. I then took out some of my Copic pens and coloured them with those instead - this gave me a much better result. 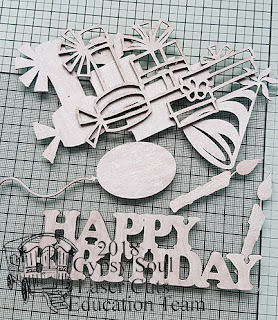 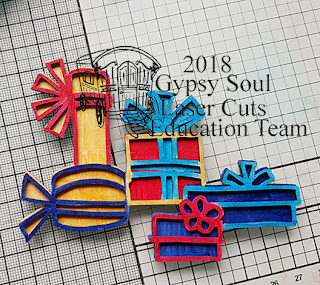 Once everything was the colour I wanted it I decided that the sentiment needed a bit of highlighting so out came a thinner white paint pen to do this with. 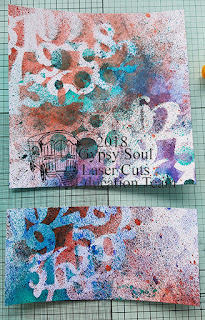 I stuck these to the aforementioned card blank.

The other pieces were then stuck on the folded top (being careful not to apply glue in to the top or they would stick to the card and not fold out. 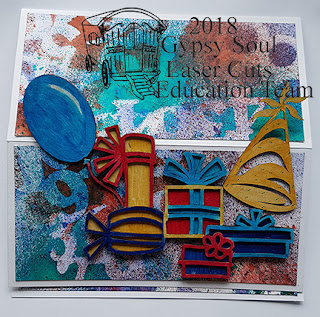 Here we have the finished card: 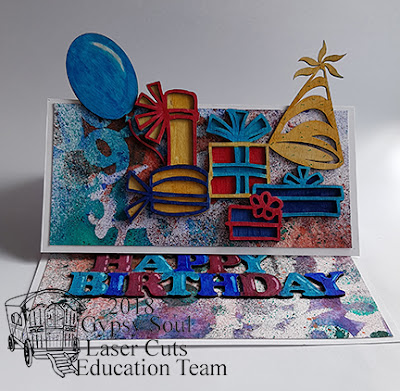 Ranger sprays
White card
Posted by Angela Drummond at 1:00 AM