Goodmorrow fellow crafters, Jess here this week showing you how to make a dragonscale effect on the new GSLC Dice Tower. 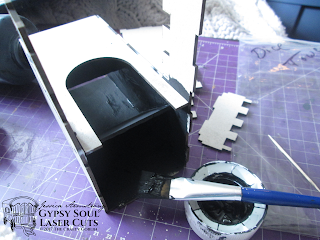 While putting the tower together, I painted the inside black - it's too fiddly to paint the inside once everything is assembled and glued. 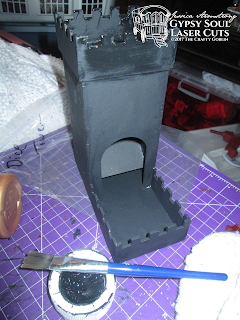 Then basecoat the whole tower black. 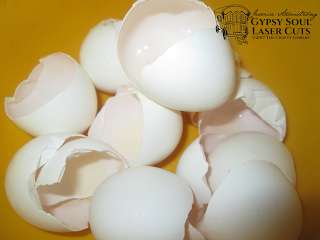 I made french toast for dinner for the family so that I would have enough egg shells for the next part. To work with the egg shells, you have to remove the immediate inner part from the shell and the more difficult to see inner skin of the shell. If you don't, the shell doesn't stick to the glue and vice versa - it only sticks to the skin. 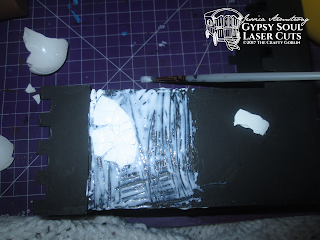 Work in small portions, laying down your glue and pushing the eggshell into it and crunching it down. 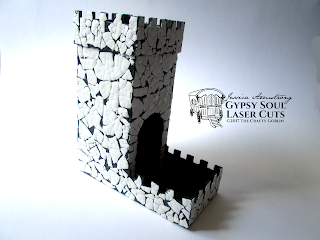 This is the whole tower covered in eggshell - I think it looks pretty cool. 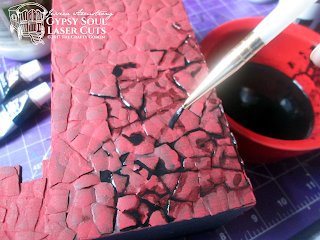 Painting is ultimately up to your own creativity and imagination. I chose red because it's one of my favourite colours. Then I made a wash out of a little black paint and water to go in between the cracks to bring out scales. To finish I also added a copper metallic paint and some green in certain places. 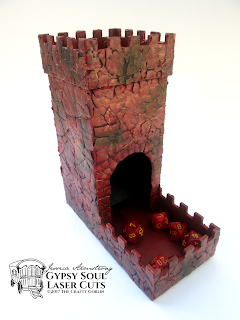 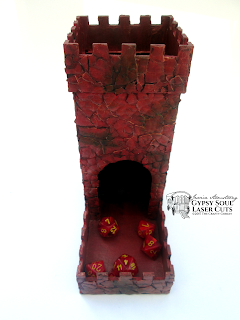 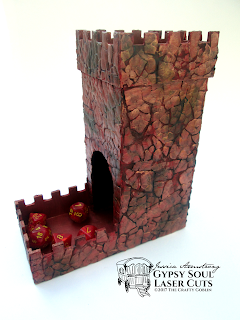 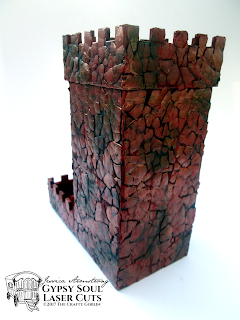 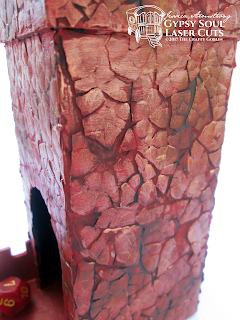 Close up of scales.

Email ThisBlogThis!Share to TwitterShare to FacebookShare to Pinterest
Labels: Dice Tower, Jessica A.