I've always been a bit of an old-movie buff, so I started an album with layout of classic stars and favourite movies a while back. It's been quite a while since I've added anything to this album so I decided it was time. 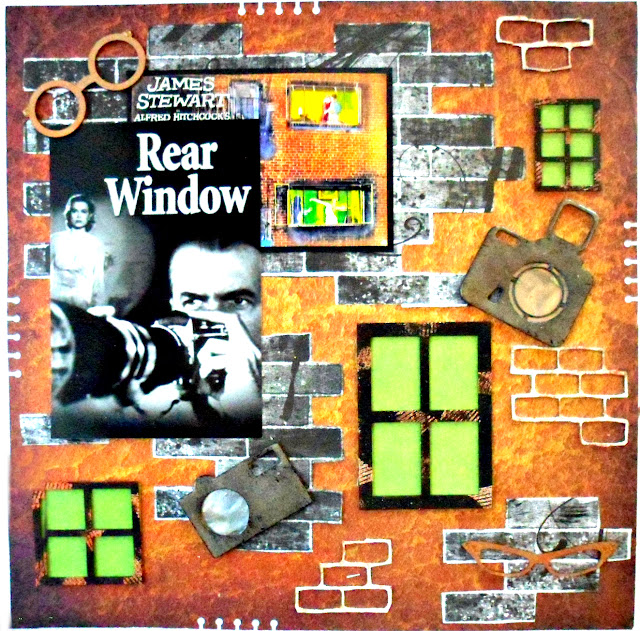 Rear Window is an Alfred Hitchcock film made in 1954 starring James Stewart (my favourite classic actor) and the lovely Grace Kelly, who later became Princess Grace of Monaco. Since the main character is laid up and passing time by watching the neighbours through the windows, I decided to use a variety of chipboard pieces to emphasize this theme; the windows, for obvious reasons; the cameras since he was taking photographs of what he saw; the glasses to repeat the looking theme; and the bricks to continue the image of the brick apartment building as shown in the promotion photo I used.

I painted the windows with black acrylic paint, then stamped here and there with Versamark before heat embossing with Ranger Antiquities embossing powder in California Stucco to give them a worn look. 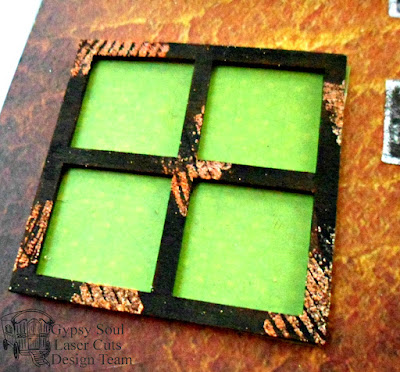 The cameras were painted silver then inked in black. I then coated them with 2 layers of UTEE for a glossy finish. I used foil tape to create the lens. 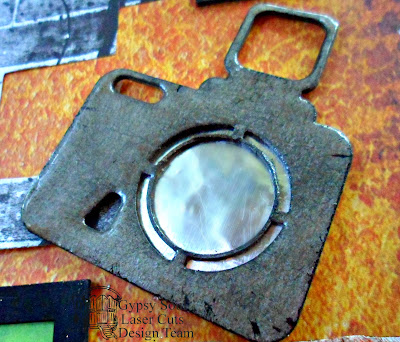 The glasses were painted in a light rust colour, then inked with a slightly deeper tone. I stuck Rain Dots in the corners to give the idea of the gems that were often on glasses back then. 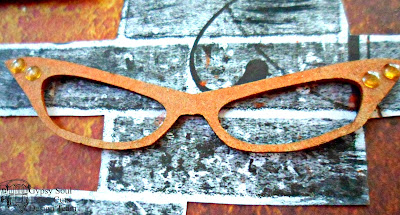 The bricks were painted white then rubbed with rust/brick coloured inks. 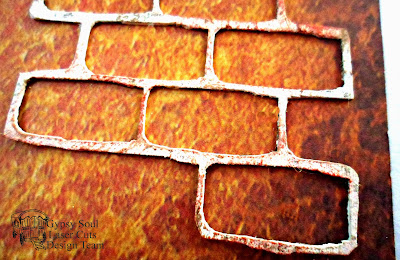 The two photos I used came from Google Images. I used them as a basis to decide my colour scheme. This page is an example of combining a lot of different types of Gypsy Soul pieces into one cohesive theme. You may have fun thinking "outside of the box" (or the window!) for unique and interesting ways to combine your chipboard pieces...can't wait to see what you come up with!