Hey there crafty friends; as some of you may know, I don't tend to make a lot of Halloween projects, especially not the really creepy things, but this one is a bit of an exception. Our local art store is having a Halloween-themed competition, and I decided to throw my (pointy, black) hat into the ring! 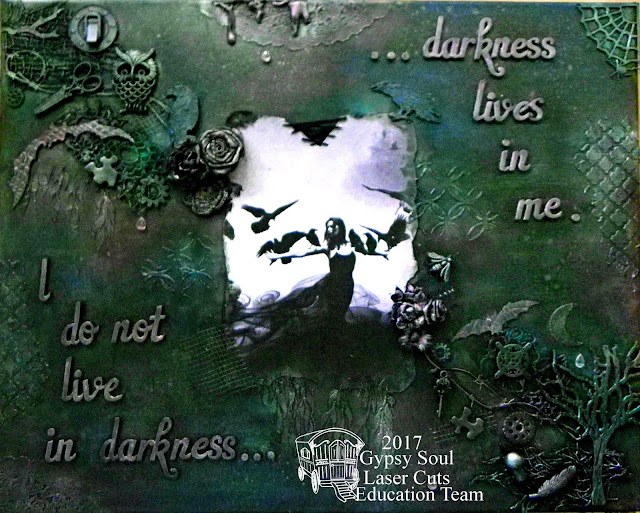 We had the choice of either a 16x20 black canvas or 9x12 black or canvas drawing paper, so of course I scooped a canvas, as I love using my Gypsy Soul chipboard for assemblage on canvases or on 3D items.

After attaching the image and the quote, I chose my chipboard pieces from several shape sets. The bats were run through a reptile-skin embossing folder before being attached to the canvas. 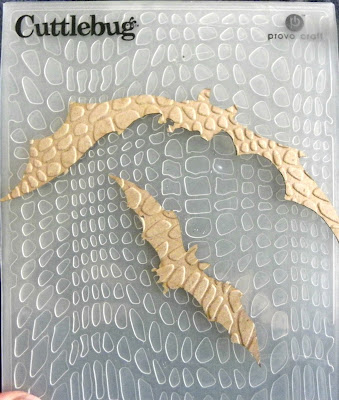 The tree was run through a woodgrain embossing folder. 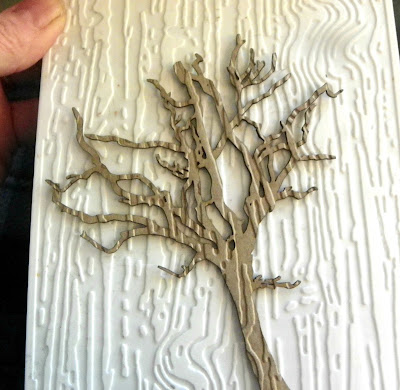 The ravens were covered with texture paste; I used my finger to spread it to get the rough, feathery texture I wanted. 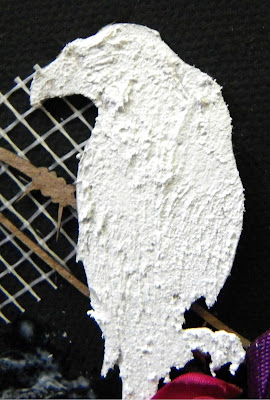 I arranged the chipboard pieces and a variety of flowers, fibers, metal items, etc onto the canvas in a diagonal pattern and stencilled here and there with texture paste. Keep in mind that projects like this are a great way to use up odd coloured items, and you can mix metals, as they will all be covered in black gesso before any colour is added. 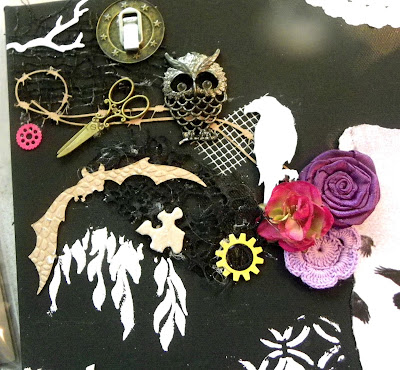 After everything was arranged the way I wanted, I covered everything except the paper image (which was found in Google images) in black gesso.

The next part was so much fun; I had just gotten two new Art Alchemy waxes with this project in mind and couldn't wait to try them out! I started with the Aged Iron Metallique Wax and applied it to most of the embellishments and raised surfaces, using my finger and a small piece of paper towel for blending. I then began adding Royal Robes (purple) Opal Magic Wax here and there, rubbing some into some flat parts of the canvas as well.

I liked the effect of just these two colours but was bothered by the contrast between the sheen of the waxed parts and the matte finish of the areas without wax....so I pulled out a couple other goodies-ColourArte Silks in Iridescent Green and Twinkling H20s in Meridian blue. I concentrated these mostly on the areas of flat canvas that had not been coloured, although I did add a little to some of the embellishments to make them stand out a bit more. When I was done adding these colours I was much happier with the overall effect. I then sprayed a little Perfect Pearls mist in Pewter, mostly in the larger open spaces, to soften the lines created by brushing on the paints I added a few tiny acrylic teardrops here and there and then I was done. 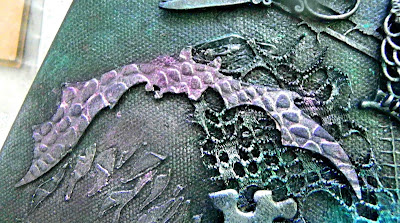 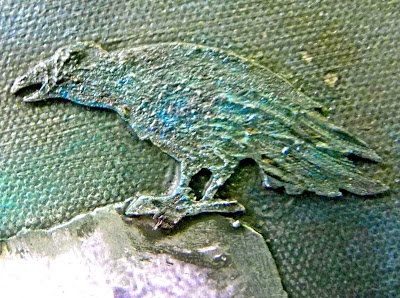 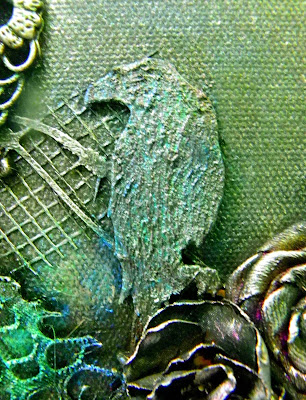 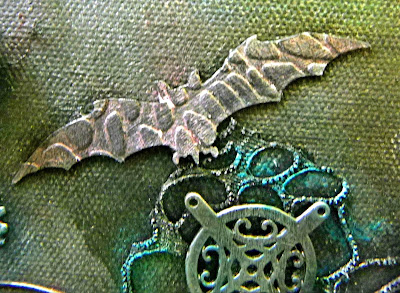 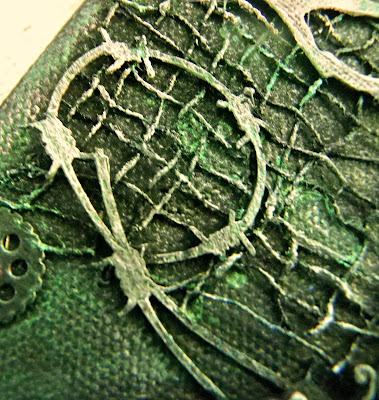 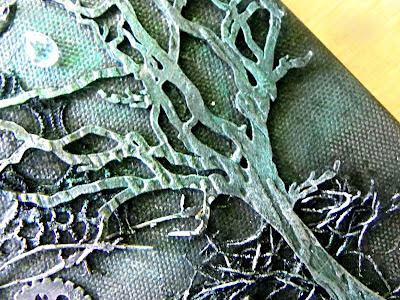 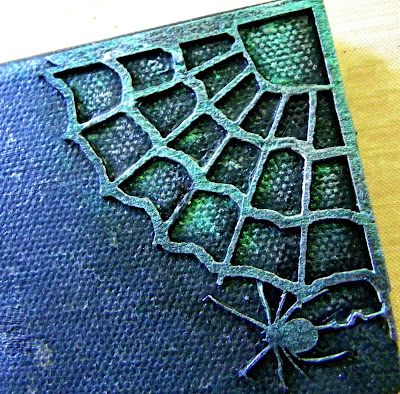 I had a great time getting in touch with my dark side on this project, and I hope you enjoyed seeing my canvas and how easy it is to create cool (and creepy) effects! Have a great week; I hope you find the time to get messy and creative :)