Greetings from Kingsville! We're enjoying a mild February so far and have seen a little rain so I thought these photos of my daughter were not entirely inappropriate for the season-although I believe they were actually taken in late summer a few years ago. 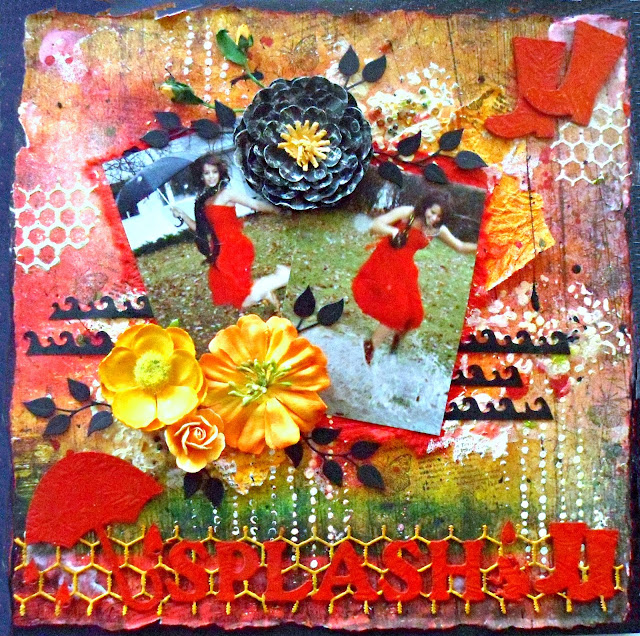 I decided to play around with a "messy" mixed-media style for this layout to set off the random look of the background paper and added bits of stencilling and stamping here and there. The chipboard border strip and the boots were run through a leaf-patterned embossing folder then painted with acrylic paint and heat-embossed with clear embossing powder for a shiny "wet" look. 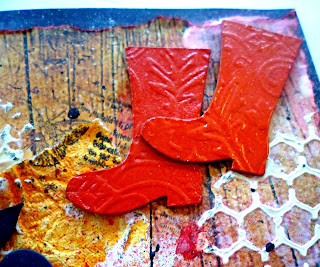 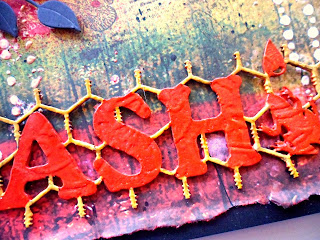 I added a few sprays of mist and some spatters of paint before attaching the chipboard pieces; I especially love the way the boots came out and would love to have a real pair of rainboots just like them! Maybe my daughter's bright red dress is still around somewhere-now wouldn't that combination make an interesting outfit? On second thought maybe I should keep my more "interesting" ideas on my pages?! Thanks so much for stopping by and have yourself a bright and colourful week!