The chocolate eggs and jelly beans have all been delivered (and probably eaten) by now, but I'm certain many of you are still wondering how Mr. Easter Bunny gets all those baskets delivered on Easter Morn. He certainly doesn't have the benefit of flying reindeer.

You can put all your wondering to rest because for the first time in the history of Easter baskets, Mr. Bunny aka Peter Cottontail is allowing the public to see just how he gets those candies to you. 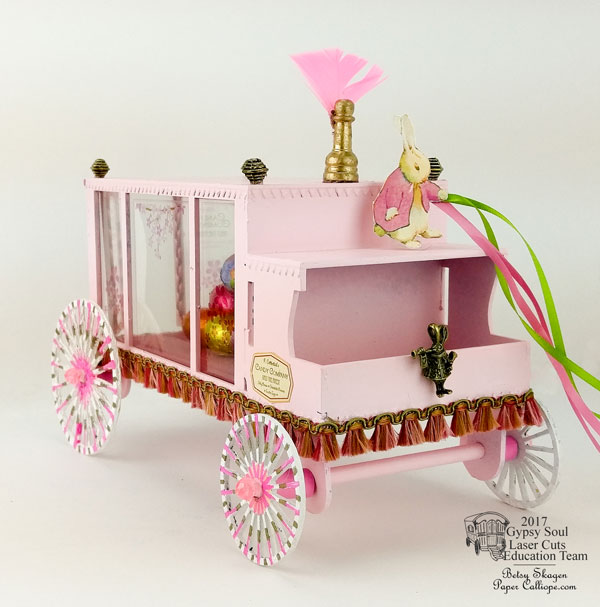 Mr. Bunny agreed to the photos after tiring of all the "fake news" surrounding his delivery methods. "People actually thought I hopped around the entire world," he scoffed.

Instead, he delivers the Easter baskets via a pink wagon, designed by Betsy Skagen of Paper Calliope. The wagon is pulled by a clutch of draught chicks.

Putting fuzzy white paws in front of his mouth, Mr. Bunny whispered, "Don't tell anyone, but it used to be a Funeral Coach." "Knowing it used to carry bodies might be bad for business."

When quizzed about the possible cruelty of using baby chicks in such a manner, Mr. Bunny assured us that they were treated exceedingly well. While he refused to reveal the specifics, he alluded to the fact the chicks were magical. Pausing his carrot nibbling and quivering his pink nose right in front of the reporter's face, he sputtered, "Ya don't think some ordinary barnyard chicks could get me round the world in one morning, do ya?" 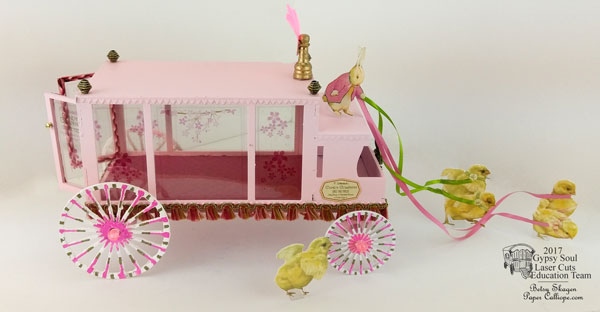 After wiping flecks of carrot from her glasses, the reporter pacified Mr. Bunny by asking what he did with the wagon the rest of the year.

"Oh that's easy," he said, setting down his carrot. "I run a candy business. The finest candies in the world. You can see my sign on my wagon and on my fancy glass doors." 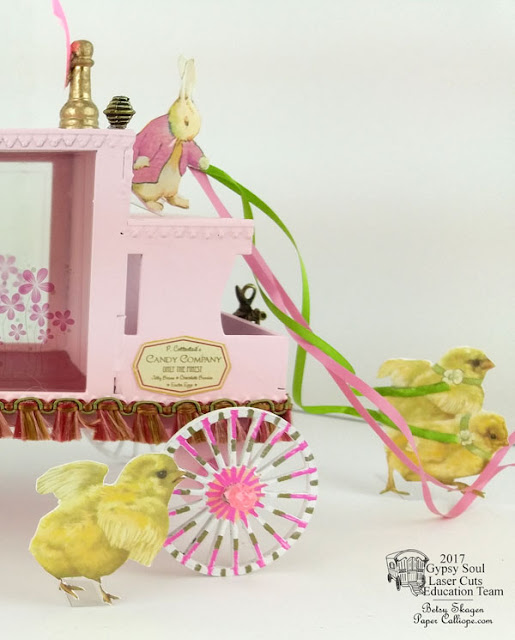 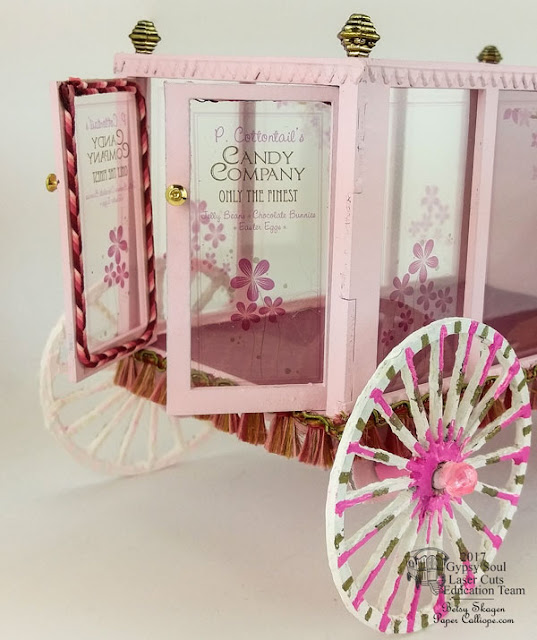 Mr Bunny seemingly did not hear the reporter when she reminded him that according to the artist Betsy Skagen, the doors were in fact made from transparency sheets. Instead he gave a dismissive flick of his cottontail and hopped away to gather carrots. 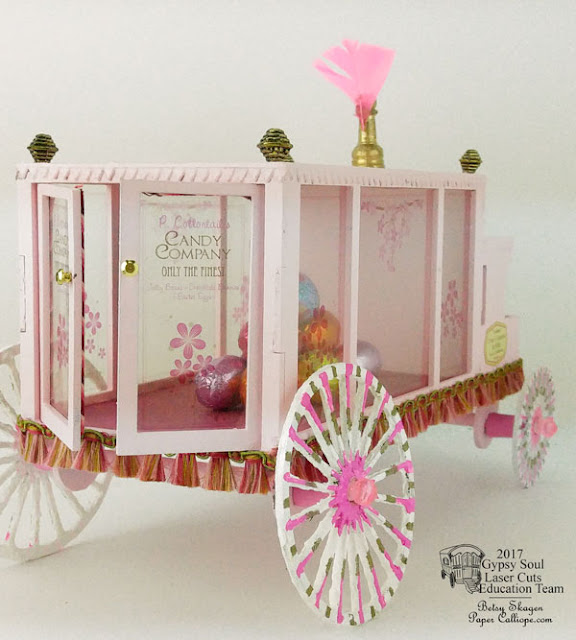