Welcome back to part two of the horror diorama. I'm going to start off by showing you how I finished the tombstone and then you'll get to see all the finale pictures of the whole diorama.

Ed Gein was a serial killer and grave robber active in the 1950's. His horrifying work inspired many Hollywood movies (Psycho, Texas Chainsaw Massacre, Silence Of the Lambs). 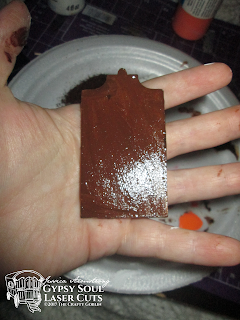 I painted the tombstone in a base coat of burnt umber. 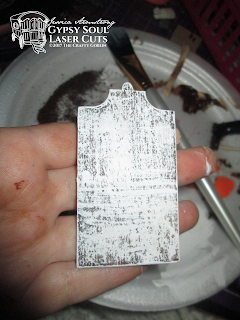 And then dry brushed white over top once it was dry. 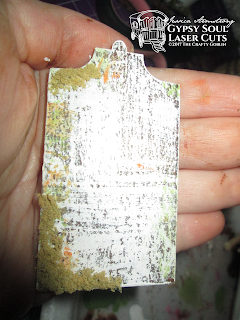 I added some green flock for a mossy look. 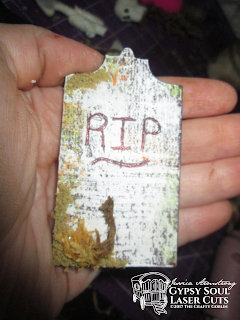 And some dollar store moss for an extra mossy look. And now onto the finale! 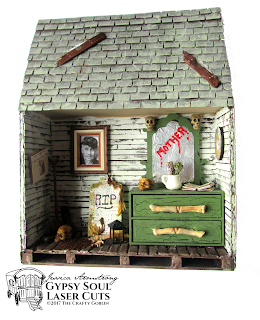 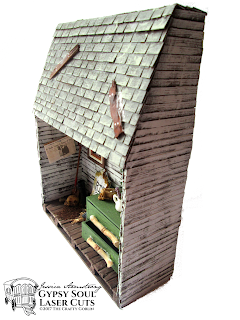 Side view of Ed Geins house. Top - down view of the house. 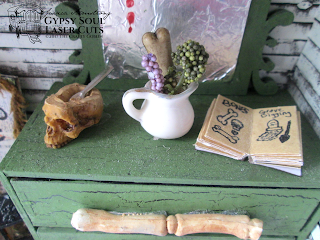 Atop the dresser sits some morbid creations. 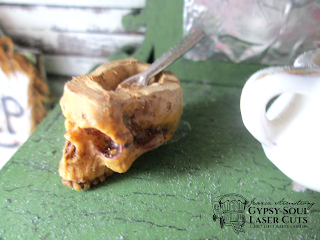 My personal favourite, is Ed Geins skull-bowl. A bowl he made out of a human skull. A spoon is added because bowls need spoons. Ed really did make one of these. 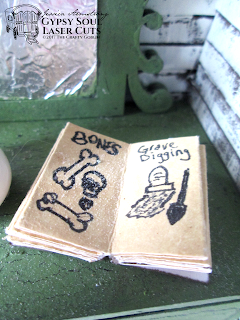 A book on bones and grave digging, open to handy pages with illustrations. 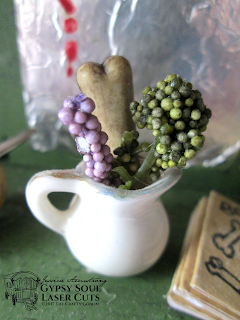 A beautiful bone-bouquet. He was clearly thinking of his mother when he made this. 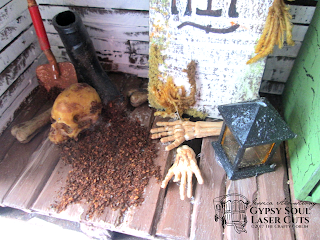 His floor is scattered with grave digging work. 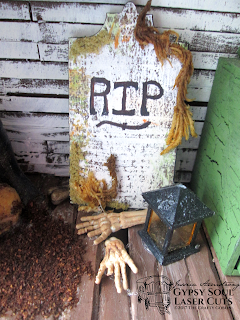 A tombstone leans against the wall - a nod to both his grave digging hobby and the fact the Ed himself no longer has a headstone because people kept stealing pieces of it. 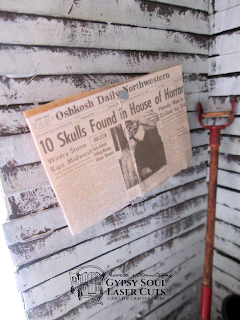 Tacked to the wall is one of the newspaper articles released when Ed Gein was arrested. 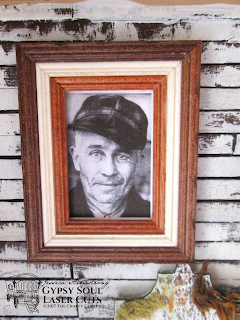 A picture of the notorious Ed Gein himself, framed on the wall. 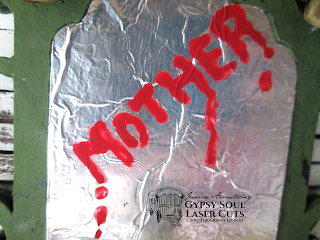 Ed was a notorious mama's boy. He was obsessed with his mother (which is why it inspired Psycho). 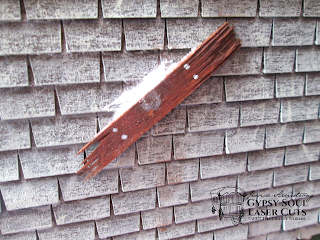 All of the available pictures of Ed's house were taken in the winter - it was soon after burned down. So I added some "snow" to the roof for good measure. 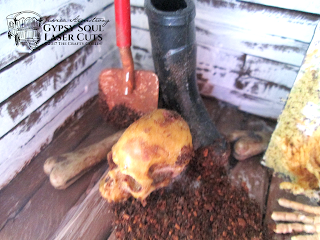 A shovel, a boot covered in dirt, some more dirt, and bones. 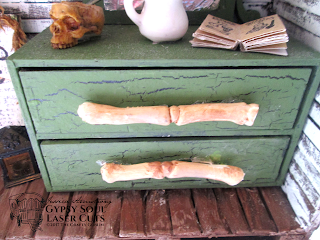 The front of the dresser with bone handles. 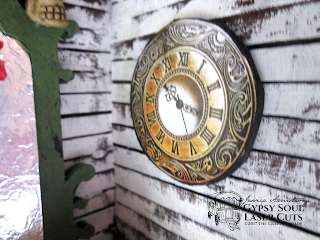 An antique clock on the wall for an added punch.