Twelve Days of Christmas by Dianna

Hi Everyone, Dianna here with my first holiday project of the Season - Gypsy Soul's 3 Story House and Graphic 45's Twelve Day's of Christmas.  I decided to create all twelve days within the house. 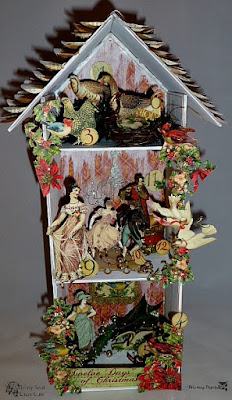 The house comes in eight pieces. I suggest doing a dry run and pre-assemble prior to gluing or painting. I used white gesso, then papered and glued.  After papering, I then used gesso again to create an aged appearance.

I decided to used the top floor to house the live stock.  I fussy cut the out all the Graphic 45's Twelve Day's shapes. I used greenery and a nest to glue the shapes in place. 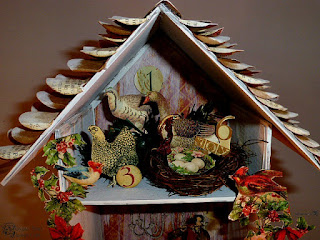 I placed Gypsy Soul Chandelier on the back wall after I painted it white and used gold Stickles.  The piper is standing on a drum from an old Christmas sprig.  Small scrap chipboard pieces were used to help the lords leap and ladies dance.  Gold beads were ap[plied to add light to the inside of the house. 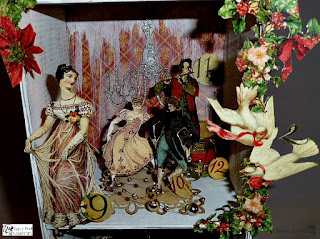 I hinged the twelve days and the swan with scrap chipboard so that they would stand up on their own. The Gypsy Soul frame was fussy cut out of the collage frame birds and ivy,  painted gold and gold Stickles was used to create bling. I fussy cut the calling birds and turtle doves and glued the milking maid to the greenery. 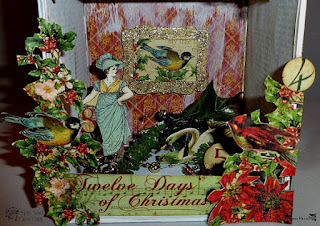 I fussy cut out the large twelve days of Christmas to place on the back of the house.  I fussy cut Collage Frame Birds & Ivy frame out and glued one of the calling birds to create a picture. 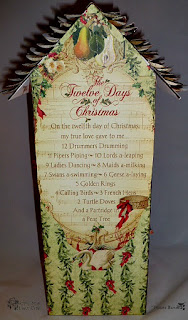 I used a 1-inch punch to punch a lot of circles using kraft paper and Graphic 45's "My turtle dove". I scored the circle at 1/4 and then scored at two angles. I then glued the 1/4 angle to the roof.  After, I glued all of those circles and used gesso to created snow. 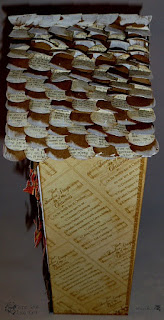 Thank you for looking!

Other Items
Graphic 45
The Twelve Days of Christmas