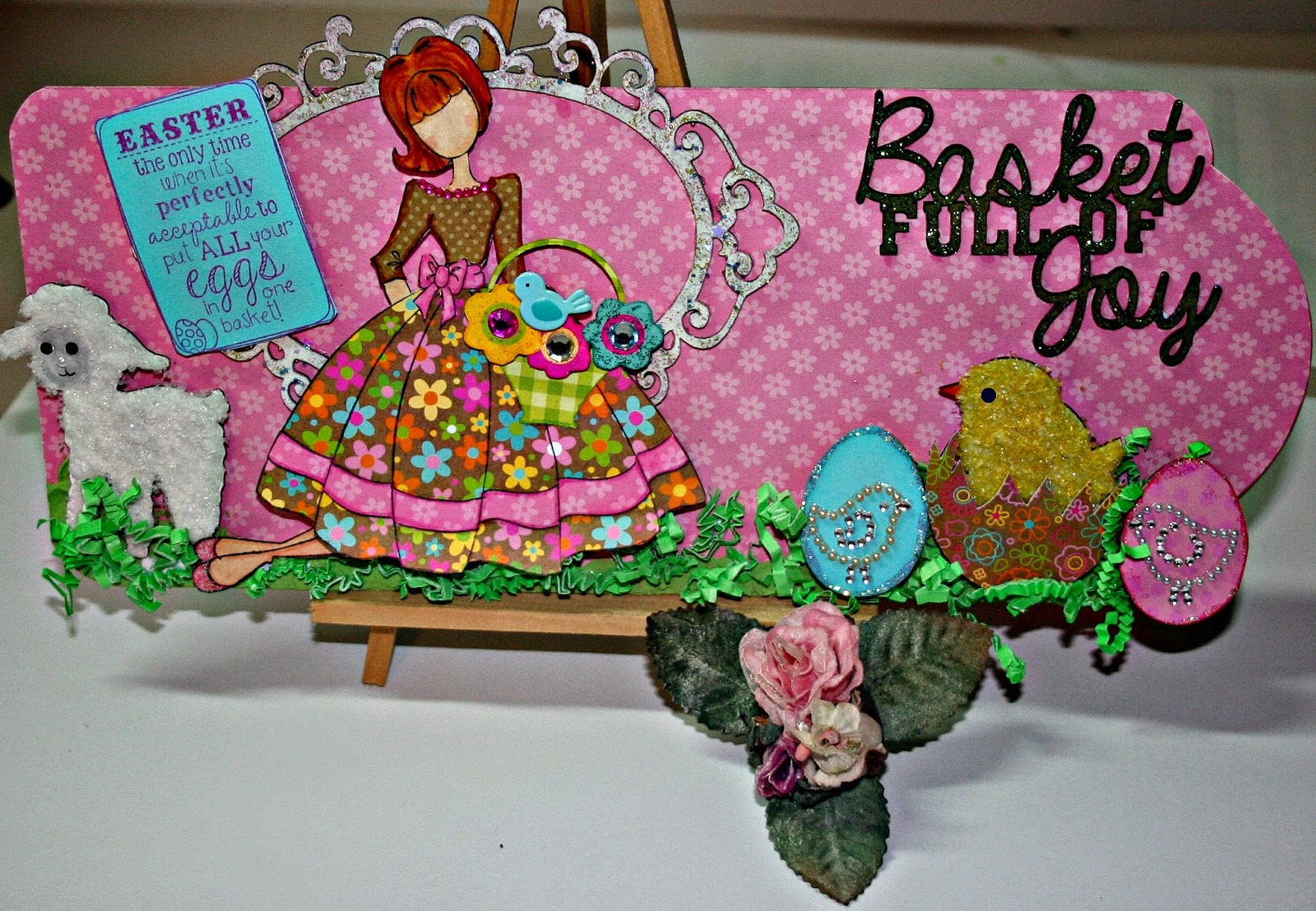 The paper used is Doodlebug Designs "Hello SunShine".  I covered the tag and lightly distressed the edges.  I painted the Gina's Designs frame, lamb and chick with white acrylic paint. Texture paste dyed green was used to create the base for the "grass", which is actually green paper Easter grass. 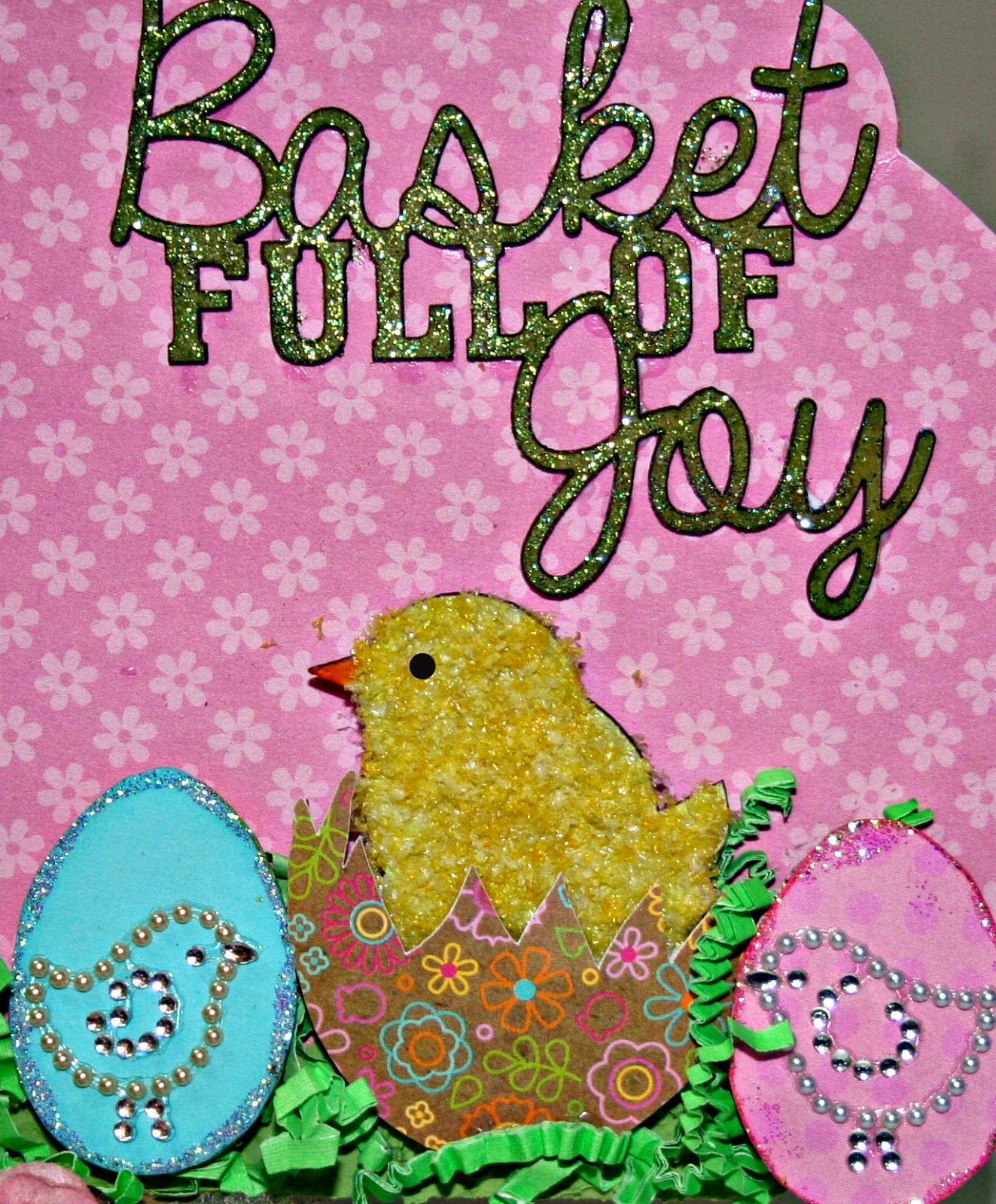 I wanted the chick to stand out, so I searched my stash of stuff and came upon white Flower Soft.  I spritzed the Flower Soft with a yellow Myra Mist and it worked.  Now, I had yellow fluffy stuff for the chick. (Note: a word of warning, I spritzed too heavily and it took two days to dry).  I used a yellow Copic Marker, colored the chicks body and used an orange for the beak.  I put glue everywhere, except the beak and spread the now yellow Flower Soft on the chick.  It dried pretty quickly, I had already cut out the egg shape so I used a chipboard spacer to give a little dimension between the egg and the chick.  A black gem for the eye and the chick is done!  The other two chipboard eggs were covered with paper and Prima chicks were used to decorate.  The edges were daubed with glitter glue.  Gina's "Basket Full of Joy" was inked in green and daubed with green and white glitter glue. 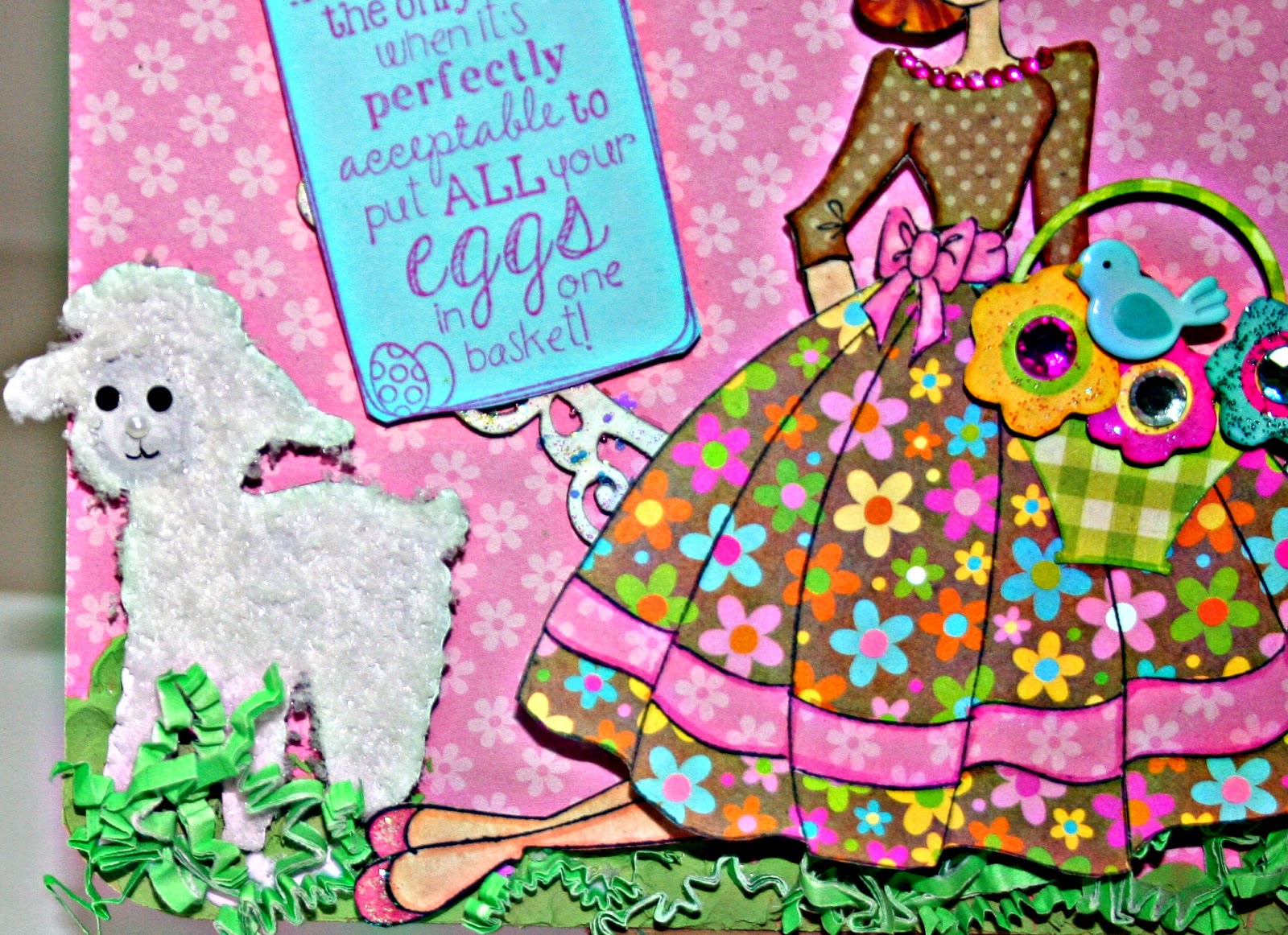 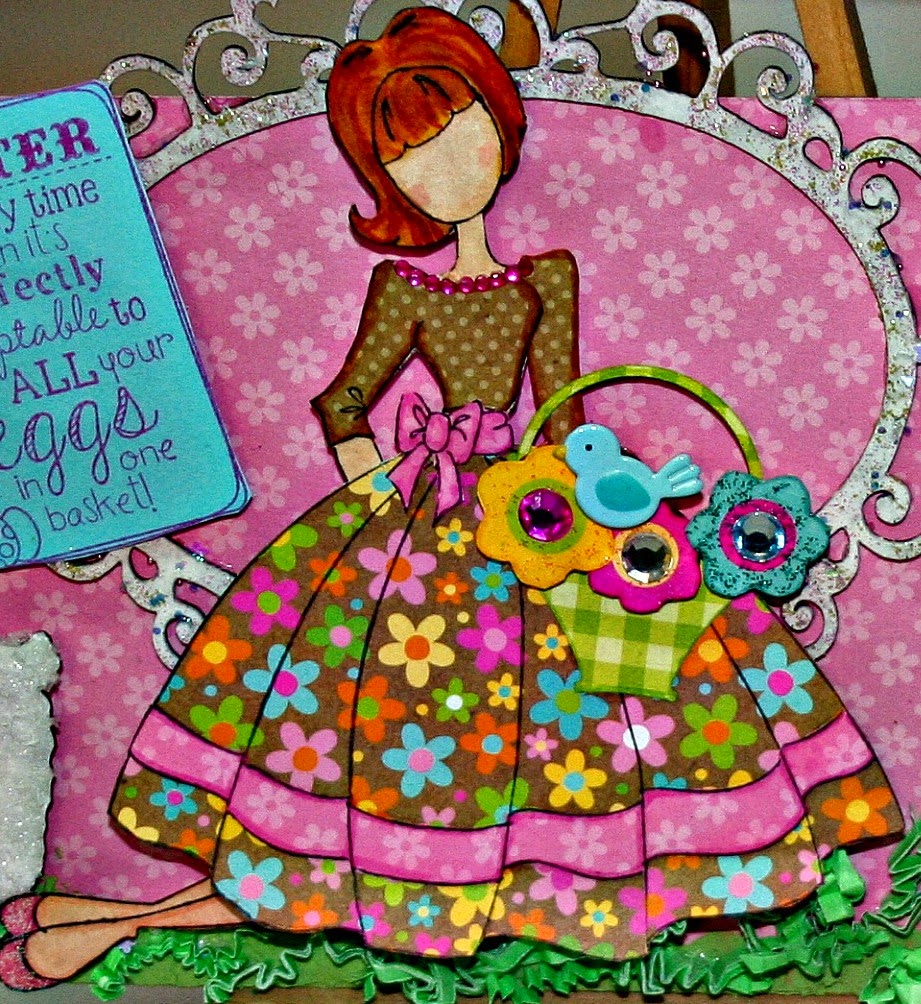 Julie Nutting's new Audrey Mixed Media Doll Stamp was changed up a bit in order to hold the basket and sit down.  The skirt was cut at the bottom to the first pink band.  The legs were cut off and a chipboard filler piece was used under the feet and at the knees (this gave the legs the appearance of bending.  I used Julie Nutting's Strapless Dress Doll's other arm to create the arm holding the basket.  I gave Audrey more of a bust line in order to hide the fact that the arm is a little different.  I then stamped the bow from the Strapless Dress Doll and used nail gems for the neckline.  The Basket is a die cut and the flowers were cut from the Doodlebug paper, glitter glue was daubed on the flowers and gemstones were placed in the middle.  The cute blue bird is a brad from Doodlebug.  The stamp phrase is from Taylored  Expressions.  Gina's frame was daubed with green, white and pink glitter glue, while the glue was still wet I applied flaked glitter and seed pearls.
Thank you for looking!