A Day At The Circus House Pins

Happy Saturday everyone! I've been playing with the super versatile GSL House Jewelry Pieces. I considered using them as a focal point in a larger assemblage but kept coming back to the idea of turning them into actual jewelry and decided on a trio of quirky circus themed pins. 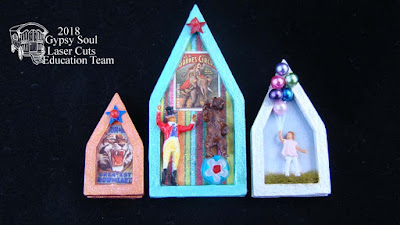 I love to play with tiny train figurines in my crafting and have a collection of HO (1:87) scale figures in my stash. I chose a little girl with her hand in the air and decided to give her a bunch of balloons to hold. I started with the 1.5 inch house. These little houses come in two pieces, a background piece and an overlay. They couldn't be easier to assemble!  I primed the front, sides and rear of the chipboard pieces with white acrylic paint as a base. For this one I used Lumiere Pearl White for the finished look. 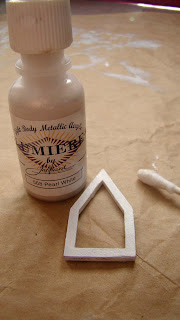 I chose a scrap of sky paper as her background, and drew in a few balloon 'strings' using a microfine white pen. 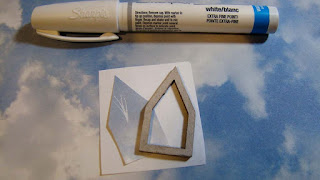 After gluing the sky paper onto the base I adhered the overlay on top using tacky glue. The 'mylar' balloons were made by snipping the heads off of some pearlized ball head straight pins. I gave my tiny train girl a bit of grass to stand in using a felt scrap, then glued the balloons in place with a strong adhesive ( E6000). 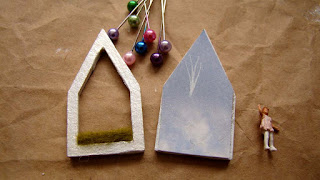 The only thing left to add was a small pin  back.She's pretty adorable. 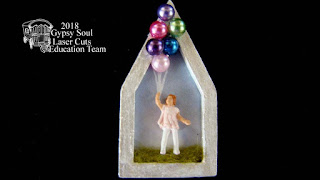 For my next pin, I used the 2.25 inch house and an HO scale ringmaster with his dancing bear.  I used Lumiere Pearl Turquoise paint for the frame and a cheerful striped background. 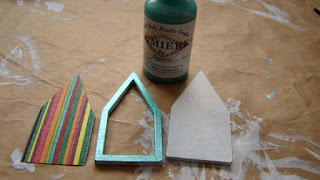 This piece got a  circus poster courtesy of the US Post Office. They featured a series of vintage circus poster stamps in their USPS Philatelic Stamp Catalog that were just charming.  I gave the bear a decorative mosaic tile to stand on.  The finishing touch was a small star sequin with a pin ball glued to the center. 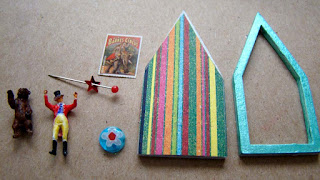 After quick assembly, it's done. 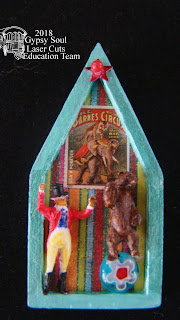 My final pin was made from the smallest house which is just over an inch tall. For this one, I selected the Greatest Show on Earth roaring lion image (my favorite) and glued it onto an orange scrap of paper for the background. I used Lumiere Halo Pink-Gold paint for the frame and finished this one with a blue star sequin and pin ball. 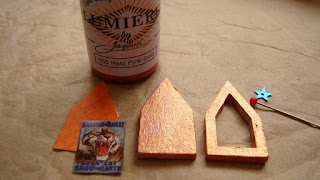 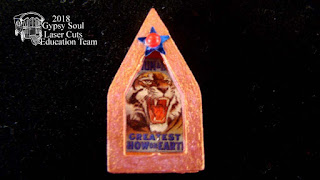 I think they're going to live on my jeans jacket. 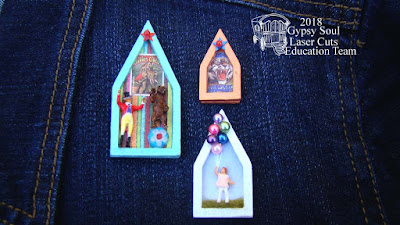