The Not-So-Scary Scarecrow by Barb 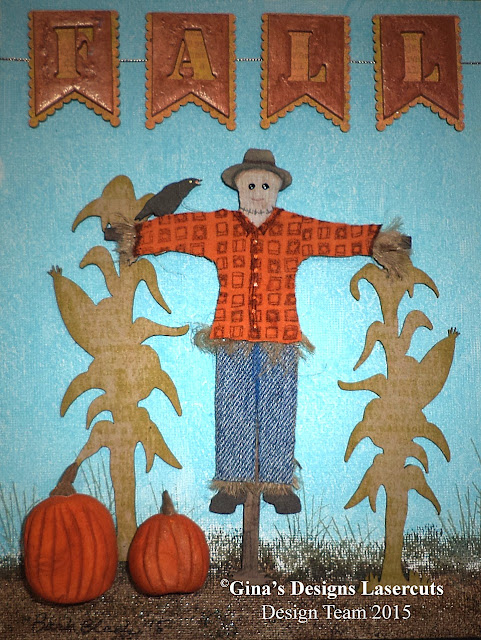 I've had this project waiting in the wings for a few weeks. In fact, as soon as I received my Fall Shape Set from Gina's Designs, I ignored everything else I had to do and did this project instead. So many fun pieces and possibilities!

I began the project with a 7 x 9" canvas panel. I sponged on blue paint for the sky, and brown for the dirt. I used rubber stamps and dark green craft ink for the grass. I set that aside to dry and worked on all the pieces I wanted to use.

For the "Fall" banner, I used a dark amber ink pad on the background pieces and copper irRESISTibles spray for the letters.

I wanted the corn stalks to look not much different than how they came, so all I did was stamp on them with olive colored ink. I painted the scarecrow's face and the crow with felt tip markers and ink pens - I used a white gel pen to mimic burlap and make the crosshatch on his face.

I turned to my scrap pile of fabric to clothe him, cutting pants from an old pair of jeans and the shirt from an old t-shirt. To give the shirt a bit more interest, I stamped on the fabric with a dark orange ink and gave it buttons by dabbing on Liquid Pearls.

And what's a scarecrow without stuffing?! We've all seen that movie! So, I took a few small pieces of twine, frayed them, and tucked them under the sleeves and pants to look like straw. 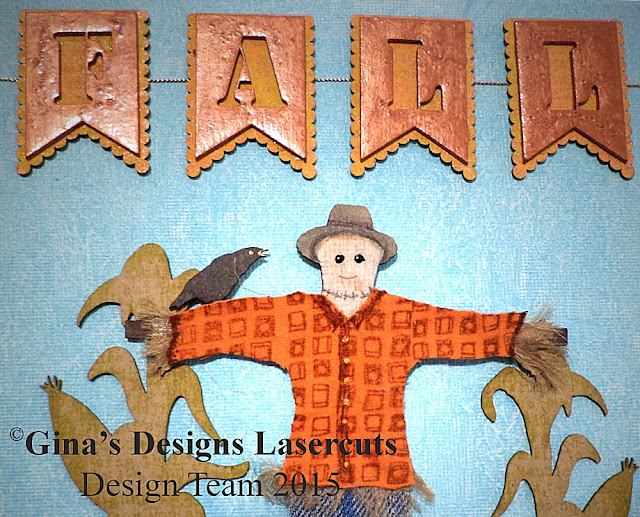 This project also gave me the chance to use some Creative Paper Clay and my new Sandits. I had never used either before, but now I'm kind of addicted to both!

The pumpkins were pretty easy to do. I simply rolled little dough balls and flattened them out a little. I used the dull edge of my X-acto knife to make the pumpkin ridges. I let them dry for a while and then dribbled orange alcohol ink all over them. I made the stems by pinching little bits of the clay and doused them with alcohol ink too. 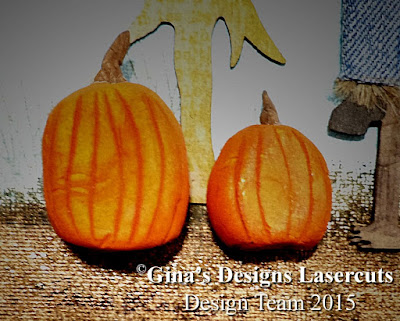 After they dried, the stems weren't flat enough to stick to the top of the pumpkins, so I used my Sandits tool to sand them and the pumpkins down just enough so I could glue on an even surface. I did the same thing with the back of the pumpkins so they would sit flat against my canvas panel.

It was a lot of work and a lot of steps, but it was so much fun to do. Bonus! I got to learn some new crafting skills and play with new products.

RubberMoon, Artistic Outpost and Stampscapes
Posted by Angela Drummond at 1:00 AM