Hi! Yeah, yeah- I know it's only October and Halloween isn't
even over with, but I am a Christmas girl through and through and as soon as I
saw this adorable little chipboard album from Gina's I knew exactly what I
wanted to do with it!


Ever year when my kids were little I'd bake gingerbread
houses for them to decorate, and once they started school I made a bunch and
had a "gingerbread party" for them and their friends the second
Saturday of every December. 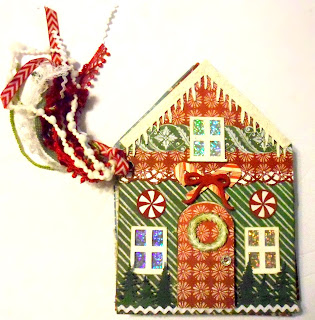 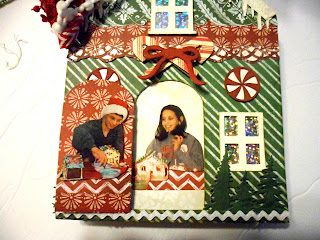 The cute little windows, fence, candy canes and swirly candies were all included in the album package as well as the icicle trim along the roof. I used texture paste on that piece and simply painted all the others, except for one snowflake which was heat-embossed. I covered the album itself with patterned paper then sanded and inked the edges. The door I attached in a way that it would open (made holes and tied them with embroidery floss) and then put photos of my son and daughter decorating their houses inside.

Dies, punches ribbon and a whole bunch of fussy cutting completed the project, which will be a special keepsake for my family now that both kids are grown up and out on their own. 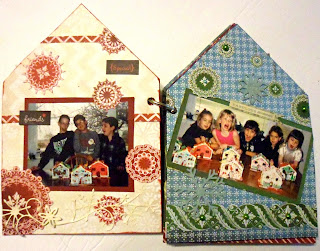 The rest of the album pages can be seen on my personal blog.

Thanks so much for stopping by and remember that it's never too early for Christmas crafting; in fact I think the world would be a much happier place if we could hang onto our Christmas spirits all year long! Have a great day!
Gina's Products Used