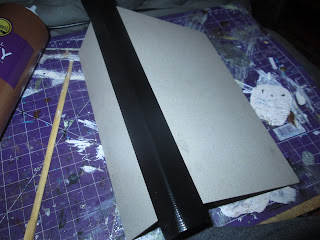 As this book box will be opened and closed frequently, I used black duct tape for the hinge on the box. Black is easier to hide than other colours would be. 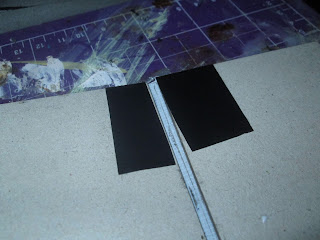 On the inner side, I cut it in half and tucked it down here to hold better. 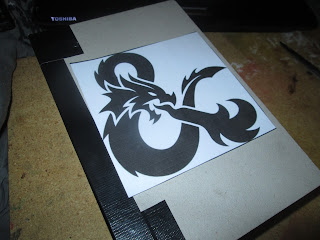 I printed off a symbol I wanted to use on the front of the box - in this case I've used the dragon ampersand symbol from Dungeons & Dragons. I thought it was fitting. 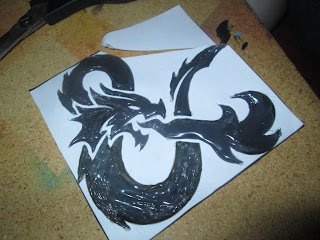 I took my small glue gun and filled in all the areas with hot glue - this was time intensive. Don't expect it to look as flat and "pretty" as it would if you were using clay or something akin to it. The hot glue dries really quickly, and you can only go so fast as you're filling in. What I ended up doing was adding texture on top of the base glue, to purposefully give it a more "worn" look. 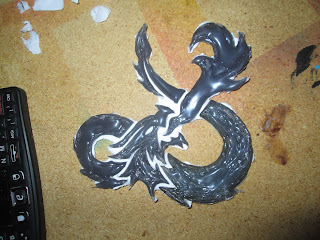 I tore away the paper underneath, using water when needed (it won't affect the glue, just the paper). 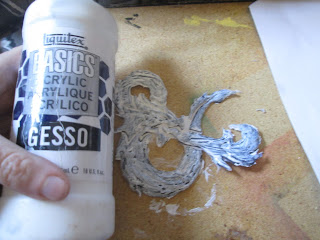 Then I covered the hot glue symbol in a layer of gesso and let it dry before painting it with two coats of red paint. 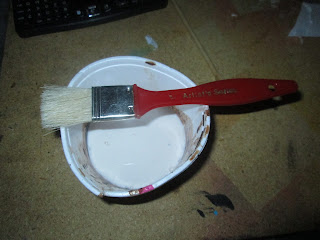 Then I made a mixture of white glue and water (about 1:1 ratio) to start on the textures for the book box. 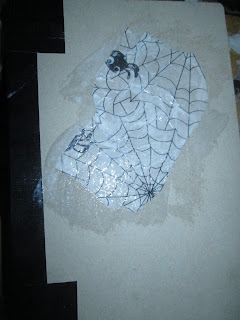 Using some old Halloween tissue paper, I crumbled it up and then pressed my glue mixture underneath and on top of it to make sure it's held down well. 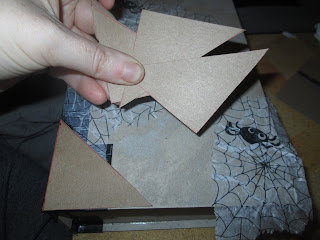 I also cut 4 triangles out of a cereal box to put in the four corners of the top of the box. 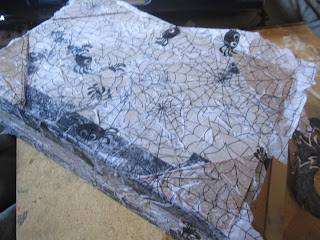 I applied the tissue over every part of the outside of the box. 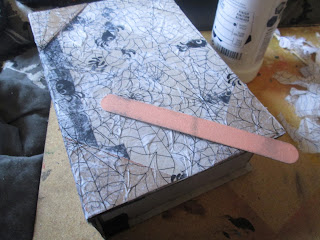 For anything sticking out over the sides, I used a simple nail file from the dollar store to sand down the paper on the edges, making it neat and tidy. I painted the entire box black and then once that was dry, finished it of with green and red paint. 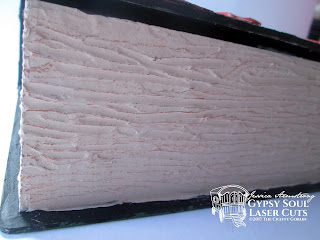 I added some texture paste to make this part look more like pages and then drew rough lines with the end of my paint brush in the paste to imitate the pages. 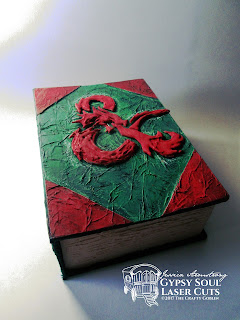 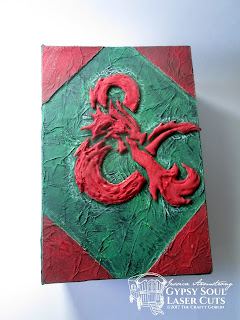 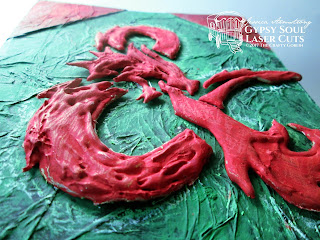 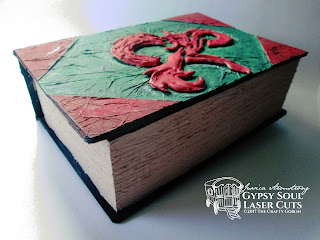 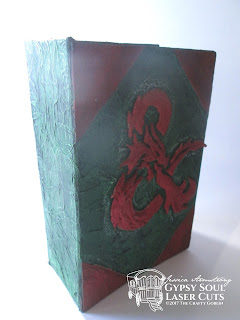 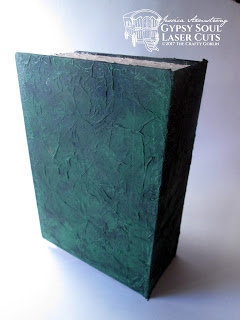 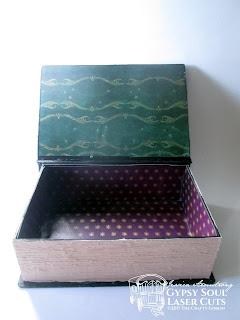 I put some cardstock (scrapbooking paper) inside to make it pretty. 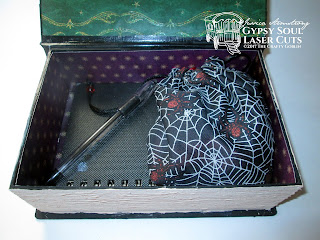 Once finished, there's enough room for my book, pen and dice bag. You can also roll your dice right in the box itself to keep them contained.