Today I thought I would try something for my son. I love playing with pretty papers and flowers for my daughter, but I also have two sons who like to be featured occasionally. I took this right after his 13th birthday, so this is a milestone piece for him. (Can you believe I got such a good photo on just my iphone!) 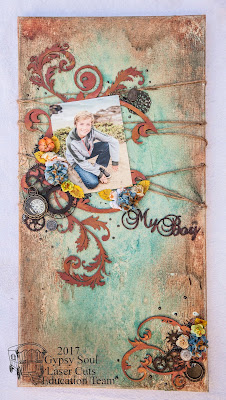 I started by applying white gesso to my canvas, then added crumpled layers of tissue paper under where my photo will go, and secured with more gesso. I used my heat tool not only to speed up the drying process, but it creates some very cool effects on the gesso. 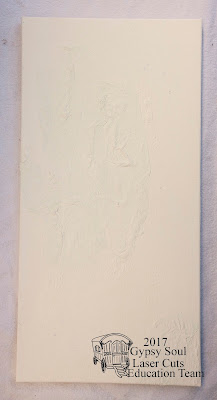 By applying heat fairly closely, the gesso will bubble up  leaving a really interesting texture. This will show up more as I add colour. 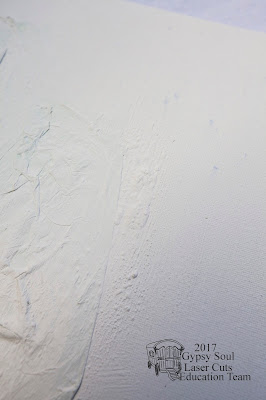 I applied four different shades of blue paint spray first, and heat set, then added some green tones over the top. Notice how the texture of the tissue paper is showing up now. 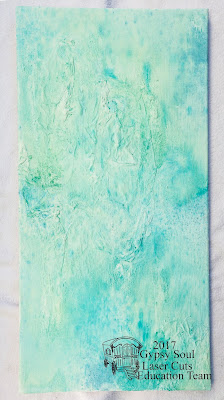 To visually anchor the piece I wanted to create a vignette effect. Since this is a masculine piece, I chose shades of brown. 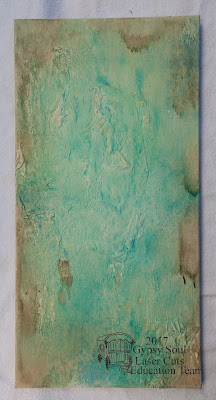 I then went over the brown with some metallic copper to create a grungy rusty effect. 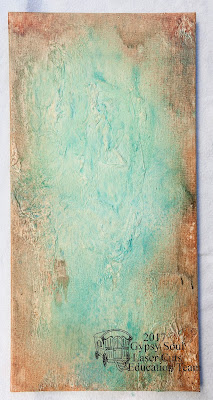 For more texture, I wrapped some jute twine around the top of my canvas where the main focus of the piece will be. 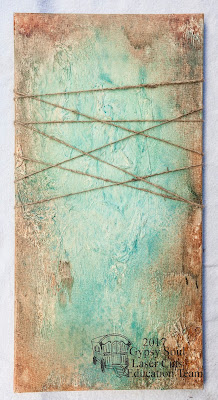 I took some Flourished Open Circle Frame pieces and Feathery Flourishes and painted in metallic silk paints, in Spicy Tomato and Ginger Peach. 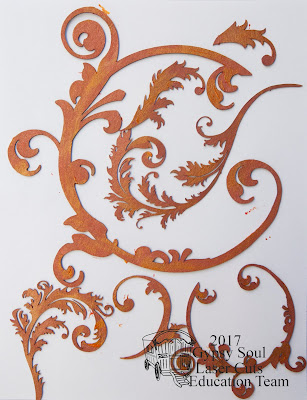 Next, I started to arrange my chipboard pieces onto my canvas. Because of all the texture, it was necessary to use my hot glue gun for this part. Notice also that although the pieces are from two different sets, I overlapped them to create the illusion of one piece, and then mirrored it at the bottom. 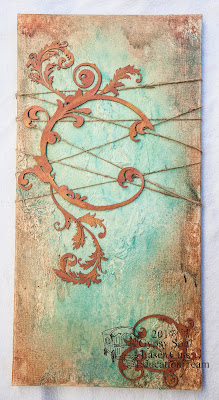 Time to add the photo. For the title, I used Words and Phrases 2, and the same metallic paints as the other pieces so that it would co-ordinate, but then also swiped black ink over the top so it would stand out. 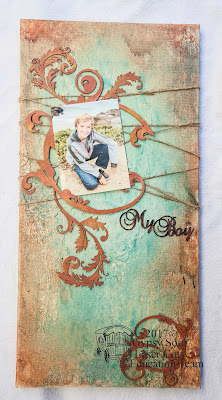 Now, it was time to add embellishments.  I used some cogs from the Steampunk Shape Set and  inked in black along with some metal pieces. 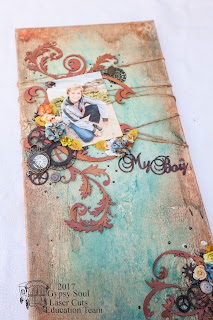 I added a few small flowers, which I dry brushed with metallic ink for a cohesive look. Being a male project, I didn't want the flowers to stand out too much. 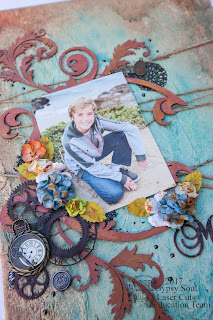 I also added some dimensional paint dots randomly across the project. 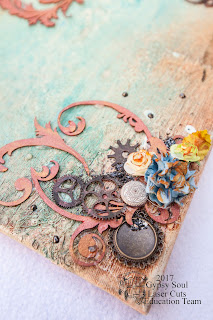 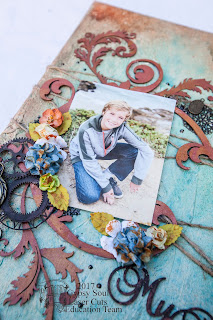 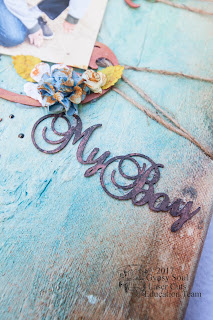