Hey guys, Jess back to finally show off the finished post-apocalyptic (Fallout video game themed) room box using the Storefront Room Box from GSLC. I went a little detail crazy with this one, so bear with me as I go through all the pictures. 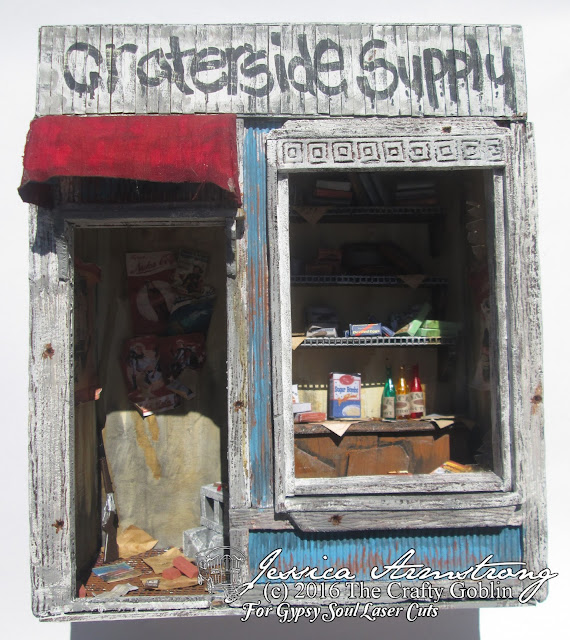 Full view of the whole room box. I apologize for how shadowed some parts are - it's been a very bright summer and nearly impossible to get precise shots outside. 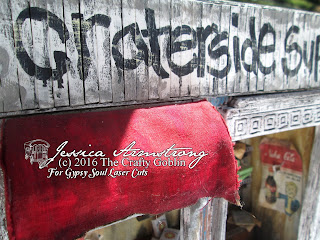 Honestly, I love how the sign and awning turned out. It looks suitably aged and painted after the bombs hit. 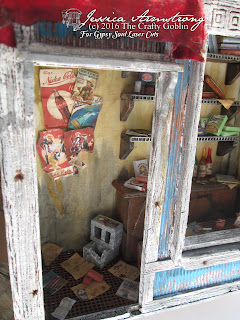 The doorway - who needs doors after a nuclear war? Also, I couldn't help but riddle the outside with bullet holes. 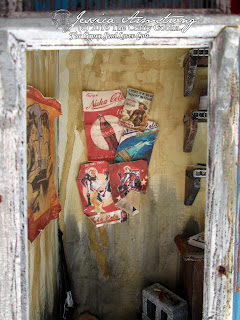 A view of the rifle and some posters. 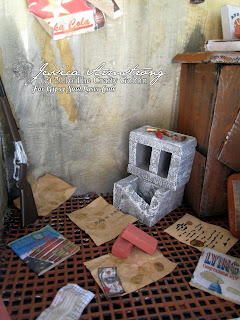 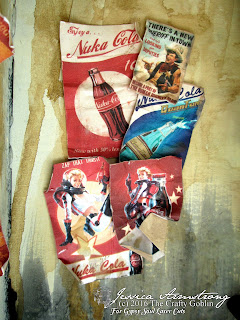 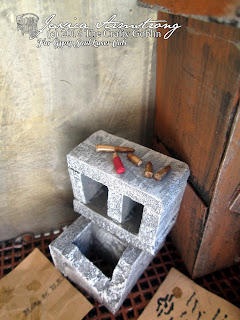 Cinder blocks I made with a scattering of bullets on top. 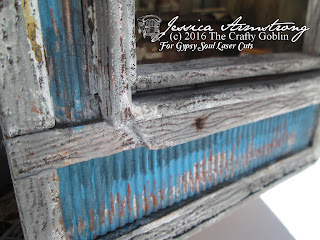 The aged metal and wood outside with more bullet holes. 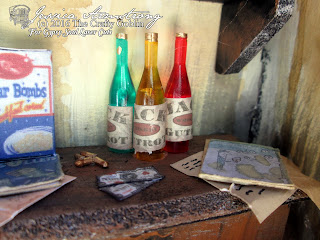 Jack Gutrot alcohol, books, some pre-war money and some bullets. 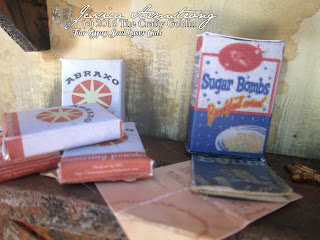 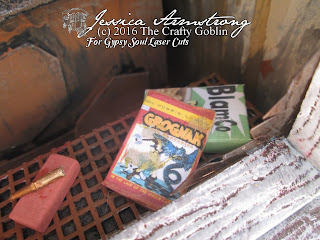 Grognak the Barbarian comic book, BlamCo mac and Cheese and a stray brick and bullet. 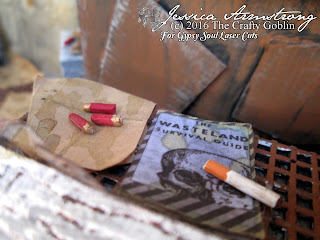 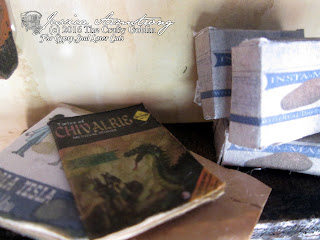 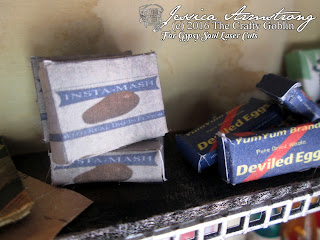 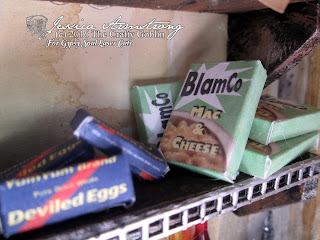 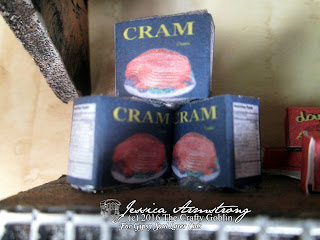 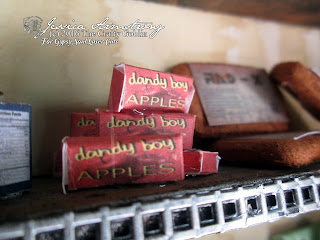 Dandy Boy apples and Rad X in the background. 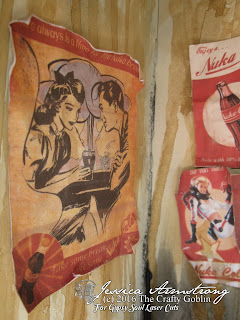 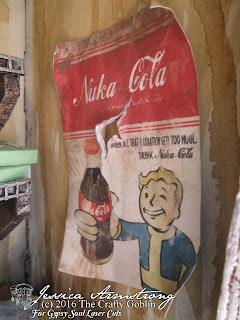 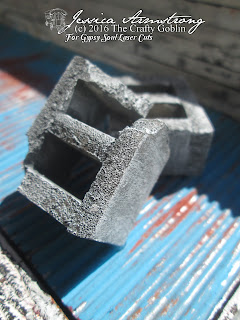 I put some cinder blocks on top for more dimension. 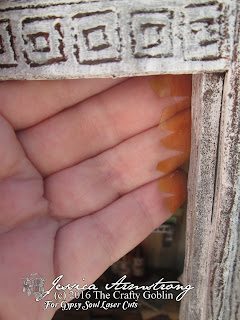 It's hard to notice in the grand scheme of things, but there is actually bits of "broken glass" in the window that I've coloured to look aged. 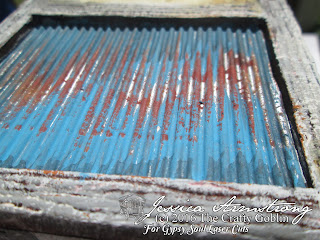 And finally, just a close up of the aged and painted metal.

And that's the last installment of the post-apocalyptic store! Thanks for following along and check back next week for a new project!
Posted by how to rule an asteroid at 1:00 AM