Hello crafty friends! This awesome 3D item in the Gypsy Soul store intrigued me right away, but it took me a while to decide exactly how I wanted to use it. I decided to interpret the house theme figuratively by finding quotes that contained the word "home" but didn't necessarily have anything to do with actual houses. After all "home is where the heart is!" 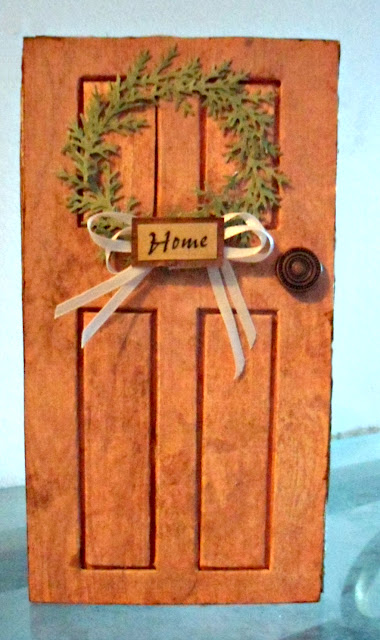 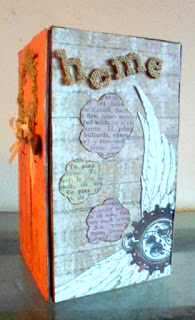 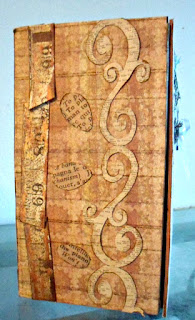 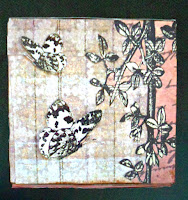 I really love the front door piece; it has the panels marked off in a way that even if you simply wanted to paint it you would get the look of a raised-panel door. I decided to cover it with wood grain patterned paper,so I removed the pieces and covered the panel centers with paper separately. When I reassembled the door I left out the piece that went around each center panel and backed the openings with the same paper to create more dimension. I was happy with the effect this method created. Anyone familiar with my style knows I  love texture and dimension. A wreath made of punched branches and a metal brad doorknob finished the  door.


I used Donna Salazar Antiquities papers for the entire project and the quotes I used were all found on Google Images (I did edit them so the colours would coordinate with my papers though) I love to fussy cut, so after the house pieces were papered and the quotes were attached I added several fussy cut bits for interest. The dog images were from Graphic 45 Raining Cats and Dogs paper.I used small wings from the Steampunk shape set on one of the houses, painting them white then heat embossing them with glitter embossing powder.

The houses were attached to each other and to the door piece with hinges made of masking tape. Once they were covered with paper they were plenty strong enough to hold things together.

I had so much fun looking for quotes I liked and then embellishing each little house like a mini-canvas. I don't know if this was actually meant to be a double-sided project but I kept finding great quotes that I wanted to include and ended up finishing both sides...and even then there were a few quotes I had to leave out! 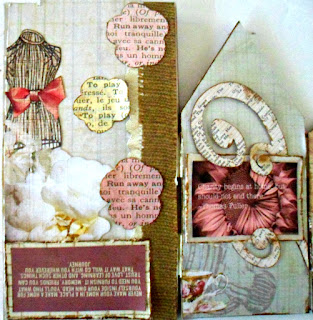 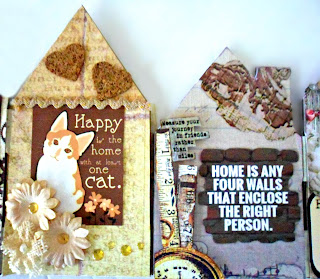 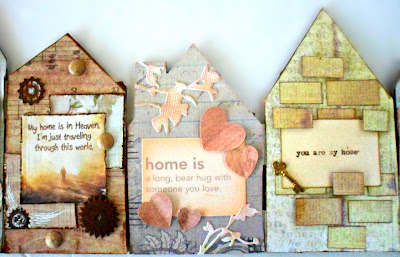 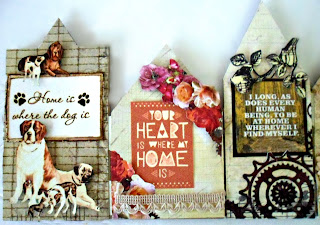 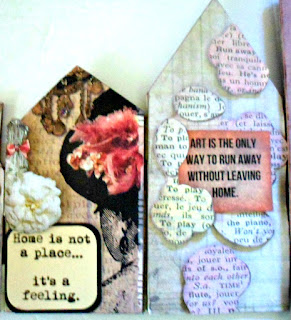 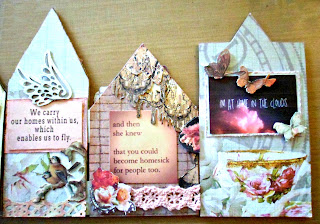 There would be so many different ways you could finish this unique project. It would make a great mini-album with photos...possibly with memories of all the houses you've lived in, or to tell the story of a house being built, or even a housewarming party! I'm sure you can think of all sorts of possibilities. I had also thought it could be interesting to create an address book of sorts....hmmm....I just might need a few more of these!