We live in a world where we always have a phone close by and the ability to snap a picture and store it whenever we want. How did we get here? Some of the earliest photos were Daguerreotypes taken by photographers in the 1850s. They were fragile, degraded by light and handling. The Kodak Brownie cameras in the early 1900s gave everyone a way to capture their own photos. Improvements of cameras and film led us to what we use today.
My Mother saved every photograph from both sides of our family and gave them to me a few years ago.  Some had names and dates on the back, some had nothing. Honestly, there were hundreds! I wanted to make a mini album with some of them. I tried using inks on the frames, but nothing looked better than the plain chipboard and the sepia tones of the pictures.  There were a lot of Gypsy Soul Laser Cuts frames and choosing just the right one for each picture was easy. Some frames had residual color from the laser process and looked like they had been distressed, which was perfect for this project.
I clipped the flourishes that were on the inside of this frame for an unobstructed view of this unknown gentleman dressed in his best suit. 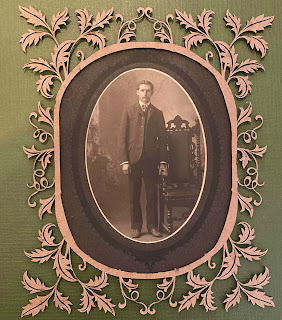 Flourished Frame Bella
These beautiful children's names were on the back of this photo, indicating that they were from our maternal great grandfather's family. I used one of the two pieces of this frame. 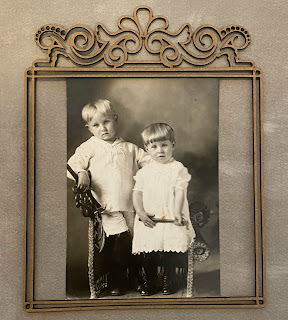 Layered Frame Angela
This was our maternal great grandfather. I've used this frame in several other projects. 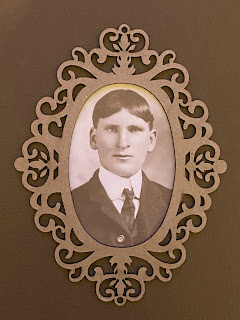 Flourished Frame Laurel
This was an unknown couple - very typical of the 1900s photo - poised and in their best clothes. 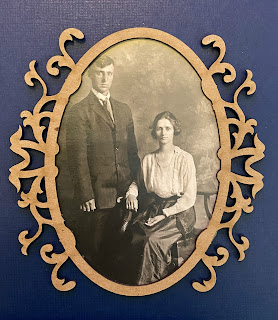 Flourished Frames Evie
This was our maternal grandmother 1905. 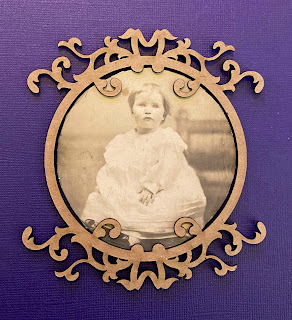 Flourished Frames Evie
My maternal grandmother with one of her brothers. 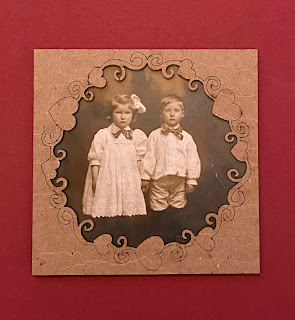 Doodle Hearts Frames
All of these photos were from the early 1900s, taken by professional photographers.  The Gypsy Soul Laser Cuts frames were perfect! I really liked the challenge of using the chipboard without adding color to it.
Posted by Marsha Bichler at 1:00 AM