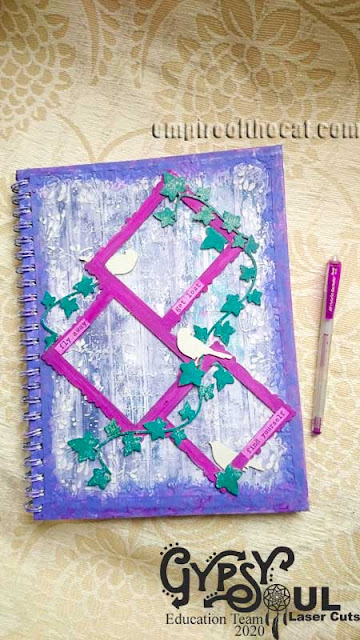 Today I have an altered book cover or in my case, an altered art journal cover, as this particular book is one that I am going to use for that purpose, but first I wanted to decorate the cover! 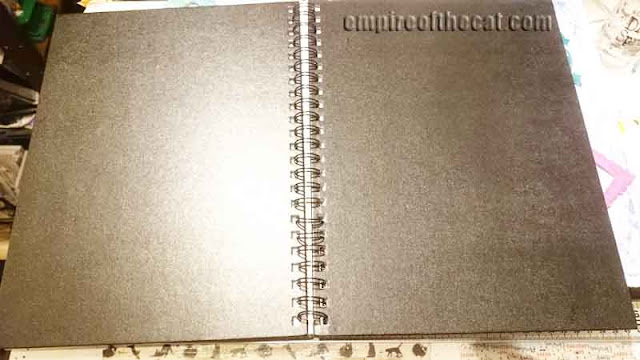 I will also be using this chipboard set - Collage Frame Birds & Ivy - which I had originally thought of using on something else (a tag) but then decided to make it the focal point of this cover instead.  I cleaned off the edges and then painted it with white gesso. 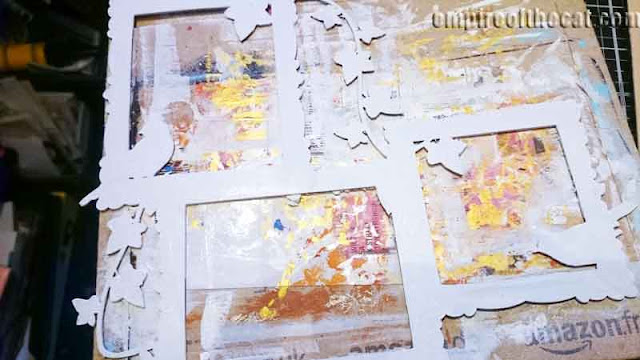 Once it was dry, I painted it with Paperartsy Fresco Chalk Paints in purples and greens.  Here's how it looks against the sketch cover - just a final check of the position to make sure it fits the way I want it to. 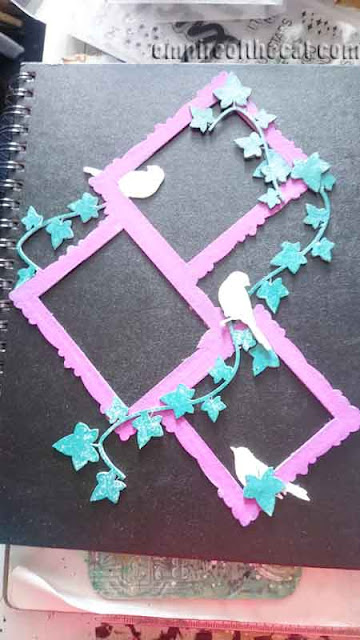 Then I painted the sketchbook cover with white gesso and left it to dry. 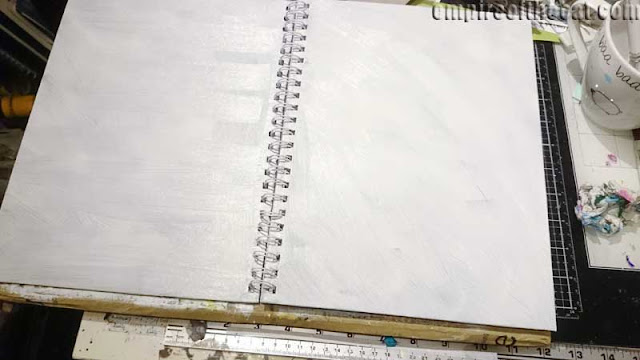 My plan for this cover was to use some of my gelli prints as the backgrounds.  I have two full A4 size prints that I can fit one on the front (shown below) and one on the back cover.  They are not the same colour, but they are in the same colour family, and the technique used creates a wood plank background. 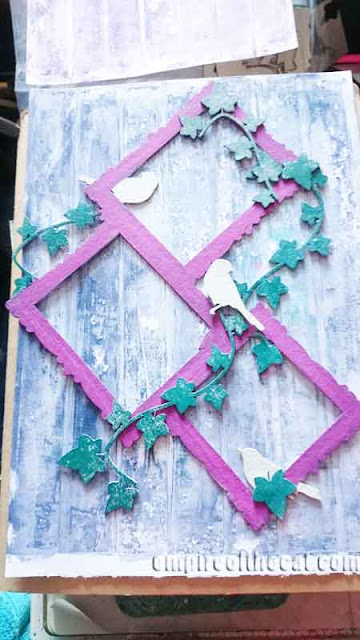 I glued them both on to the sketchbook cover using collage medium. 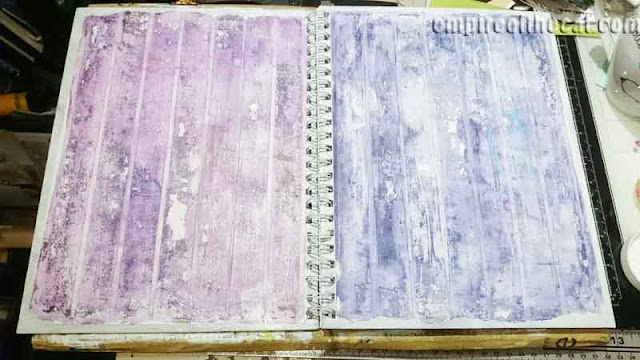 To add more interest to the background, I added some texture paste through two different stencils from Finnabair's collection.  A text stencil in the centre and a wild berries stencil around the outside. 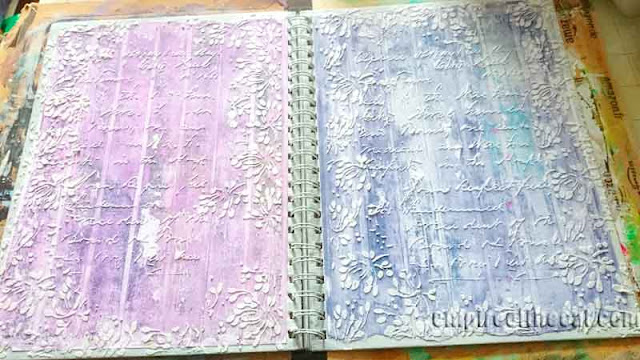 Here's a closer look at the scripty word stencil. 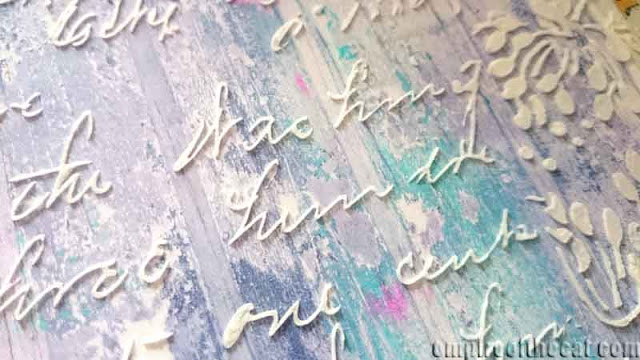 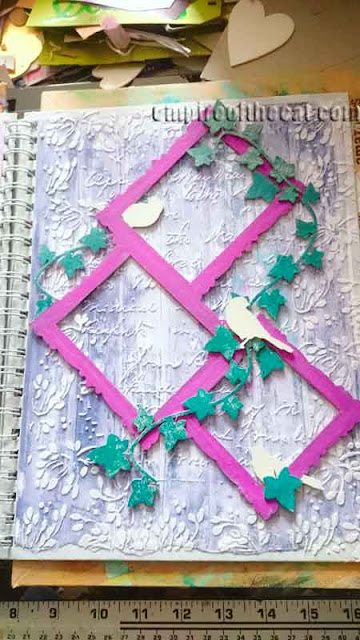 I decided I didn't like the white edges, so I painted around the edges with more Fresco paint in a combination of purple shades, just using my fingers instead of a paintbrush. 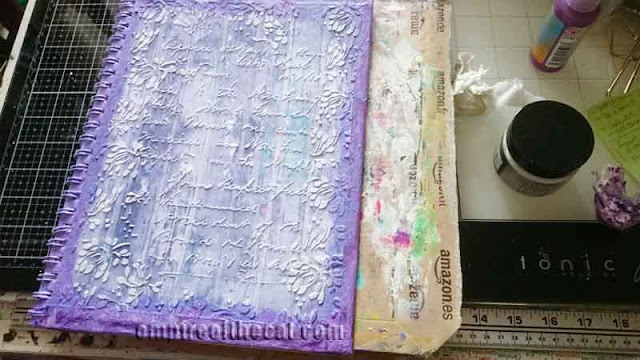 Here's a look at both the front and back covers - I did have to use a small paintbrush to touch up the edges under the spiral binding since my fingers are not that small! 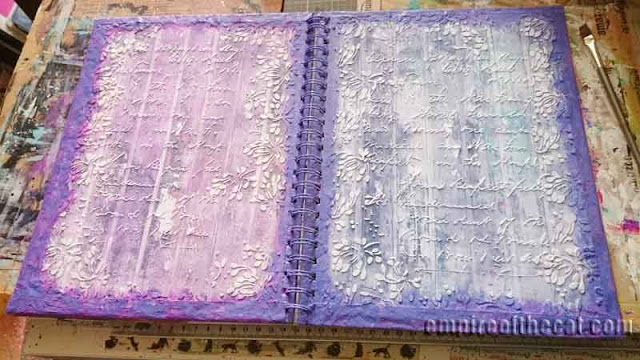 Here's a closer look at the spine, looking very gritty and textural, just the way I like it. 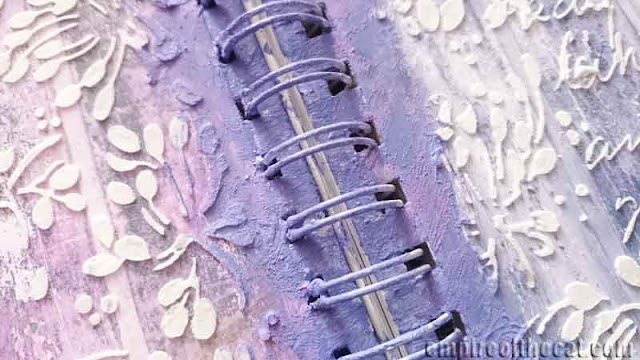 It was now time to adhere the chipboard to the cover and I did this using soft gel and to ensure that it stayed in place while it was drying, I put some heavy objects on top to hold everything down. 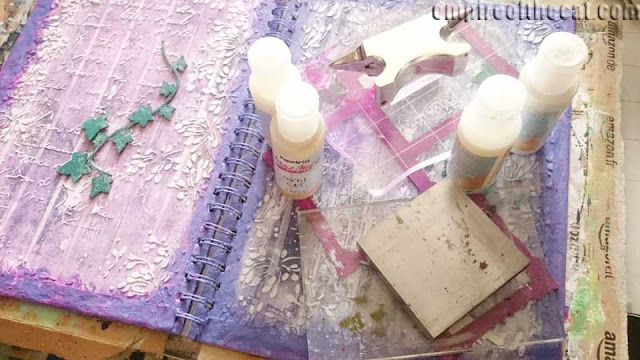 This little frame comes with extra birds and extra ivy, both of which I wanted to add on top once the frame was attached to the cover. 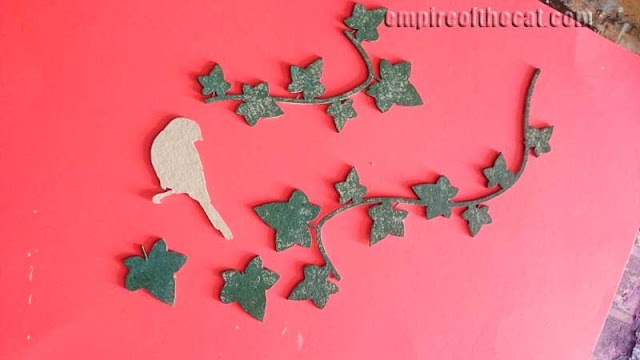 Once the frame was attached it looked like this, so now all I needed to do was plan out where to put the extra bird and ivy pieces that I wanted to use. 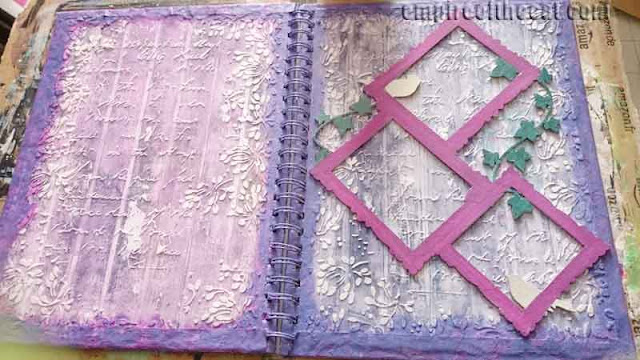 I positioned the bird in the middle and added the ivy pieces on top and bottom, with the two single leaves in front of the two lower birds, as though they were perched on the leaves. 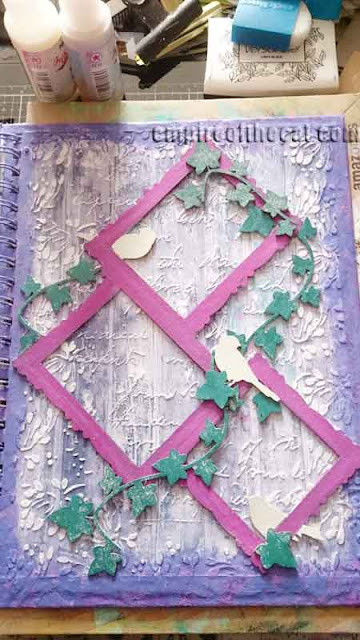 I glued them down using more soft gel and some heavy weights to hold them in place while they dried. 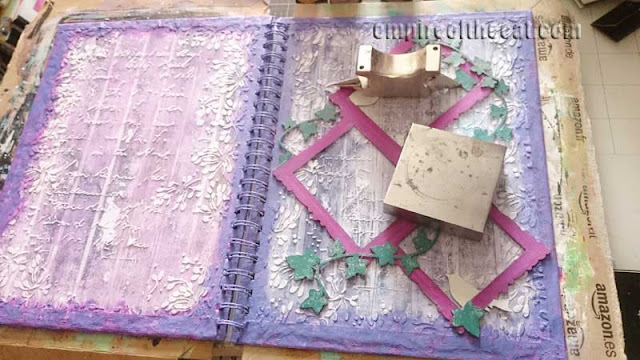 Make sure to leave plenty of time for the glue to dry and it will hold everything in place beautifully, but until it is dry, be careful not to move anything accidentally!  Here's my finished frame layout. 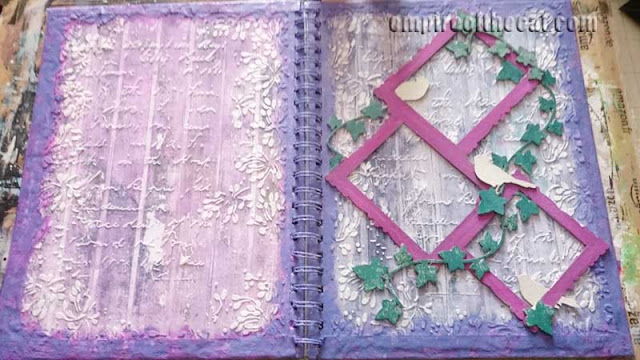 I felt like my cover could use some words so I used some of these Finnabair word stickers and stuck them on the frame.  These stickers were originally a cream colour so I painted them with the same paint as I used on the frame, only diluted a little with some water to allow the text to show through. 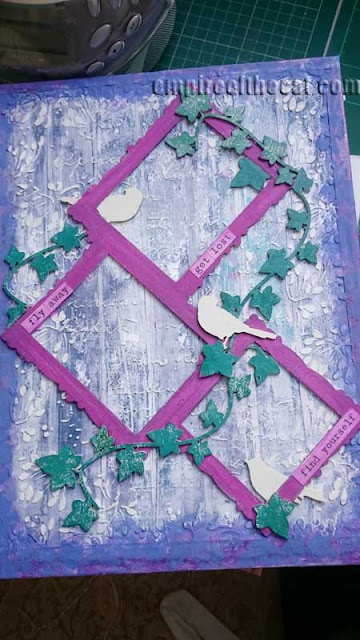 And that was my art journal cover finished and ready to use! 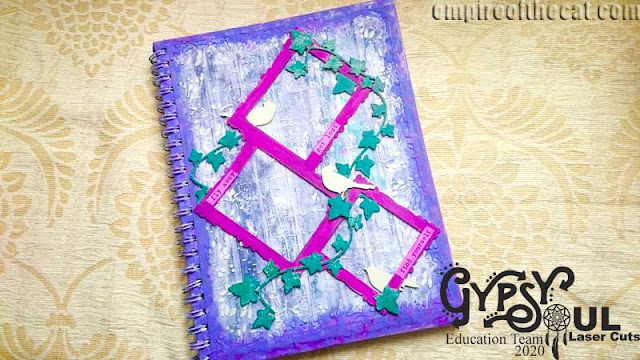 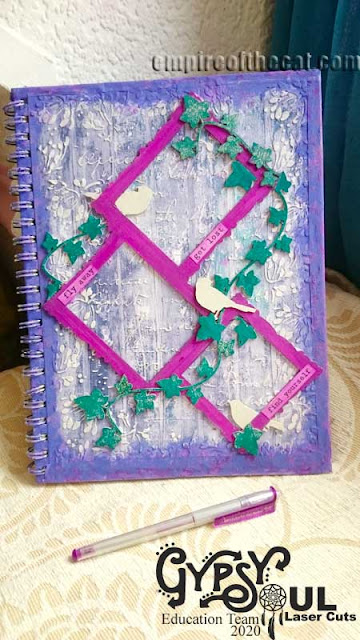 I hope that you found this tutorial useful and inspiring, if you are looking for ideas for your own book covers.