How to Rust Your Chippies by Sandy Trefger

Hello, Sandy here with a quick YouTube tutorial video to share how I rust chipboard embellishments. I had never done this before even though I've had the product to use for over nine months!  I had a mini album that I wanted to embellish with various masculine "metal" chippies and decided that now was a good time to create some rust and share the process with you!  Here's what the rusted chippies look like on my mini album-- 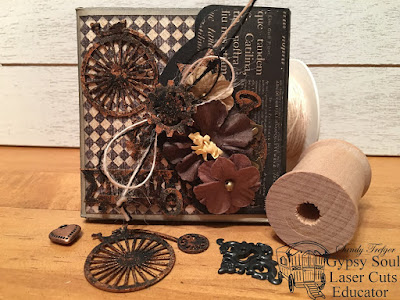 And here's my YouTube Tutorial Video on How to Rust Gypsy Soul Laser Cuts Chippies:

Supplies Used:
If you want to know how to make the mini album out of one piece of 12 x 12 cardstock and one large Graphic 45 tag, visit my Snapguide at:  How to Create a Graphic 45 Father's Day Mini Album 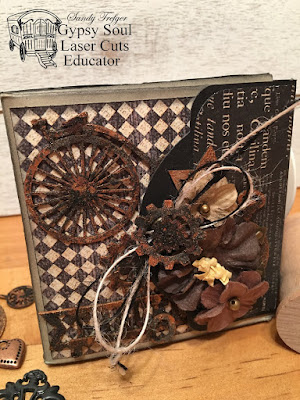 Thank you so much for checking out my blog post and YouTube Tutorial Video.  I hope you'll have a go at rusting some chipboard embellishments.  I'll be back on the 21st with another Gypsy Soul Laser Cuts project.

Happy Crafting!
~Sandy
Check out my blog/website at  www.sandytrefger.blogspot.com
Posted by Sandy Trefger at 1:00 AM