Merry Christmas, Happy Holidays and Bah Humbug from me, Jess! This month of Yuletide I present to you Dickens' Christmas Carol - specifically Scrooge and Marley's Counting House from the very beginning of the book (or plethora of films, one involving Muppets).

Today I'll walk you through some of the processes I went through to create the room box, and then the week after next you'll see the final project (exciting!)

I begin my project by putting together my 7x7 Corner Room Box from GSLC with white PVA glue and set it aside and let it cure overnight. When I'm working with it, I don't want it to fiddle-faddle around on me, so I do this before bed with no muss and no fuss. 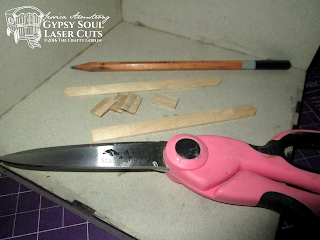 Next comes cutting and "measuring" (haha - let's pretend I actually measure things) popsicle sticks for the floorboards of the Counting House. I'm using my big pink scissors, which you've probably seen before. I'm using these ones because they're my biggest and strongest - originally sewing scissors and no longer any good for paper cutting, but still super strong and no other scissors will cut through the popsicle sticks, but these suckers will. CAUTION: Popsicle bits go flying everywhere! You have been warned! 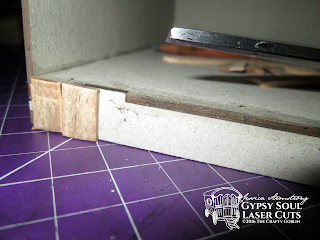 I do the outer bits first for neatness sake - just attaching them with hot glue, my personal favourite because it's neat and quick and I'm used to being burned at this point. 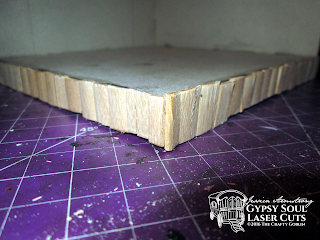 Both sides finished, you can move on to the rest of the floor! 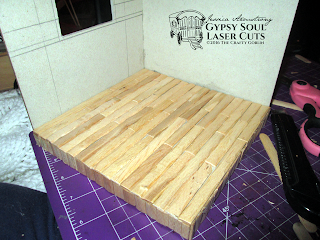 The general rule for floor laying is to offset every other layer. So start on the side closest to the wall, and then move outwards, moving from two popsicle sticks to three, 2, 3, and so on. Easy peasy! 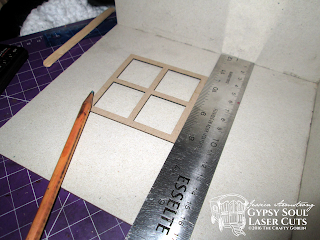 Next comes the fabulous windows! I'm using the 4 Panel Square Windows from GSLC and I just decided whereabouts I wanted them. 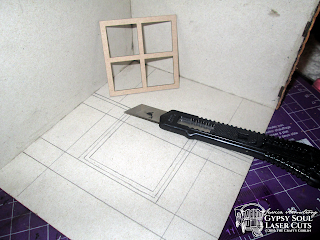 Then I took my ruler and drew a bunch of lines that I'm sure only make sense to me as to how I wanted the window centered and how I planned to cut it out, most of them unnecessary. Crazy crafter at work - haha. 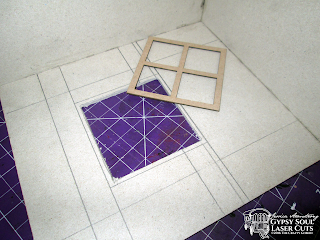 Then I took my utility knife (which I seem to be using more often than my craft knife lately) and cut out the spot for my window. Relatively easy and painless. 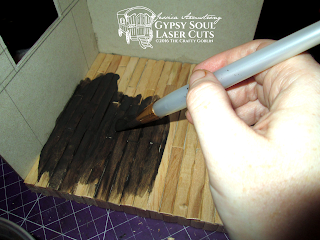 I created my own paint colour by watering down some burnt umber, adding a bit of black, then white until I found it looked like a dark wood stain and then painted it right onto floor. I like the paint better than actual stain because it doesn't stink like stain does and it's much easier to mix the exact colour you want than purchasing stain from a hardware store. 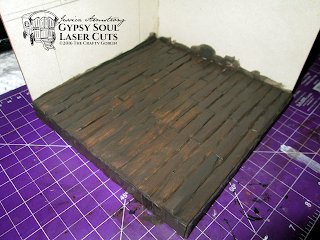 I left mine unfinished-looking because (and the pictures don't capture this as well here) it looks more aged. No need to be neat and tidy yet, as the walls will be covered later. 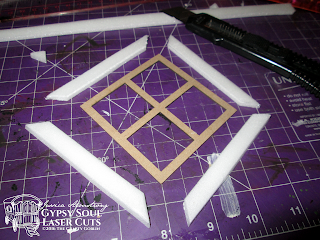 I cut pieces of white foam core to go around the window as a frame. 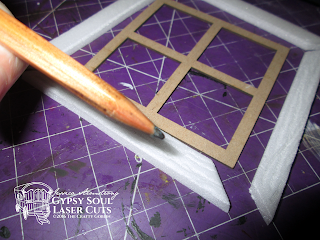 I wanted them to look more like wood, so I took a blunt pencil and made a wood grain with it into the foam. 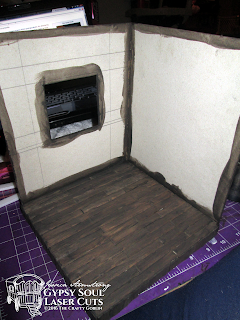 I took my faux stain and went around all the edges and corners to make sure nothing would show through in the end. 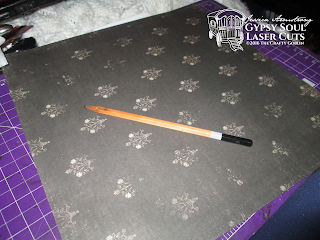 I found some very Dickensy scrapbook paper to use as wallpaper. I used 3 pieces in total for my project. I cut out a hole for the window using my utility knife. 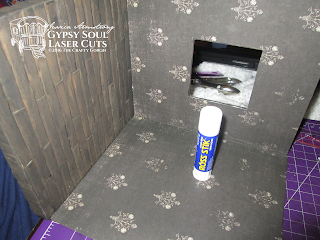 I applied the scrapbook paper to the Corner Room Box using a glue stick - I applied the glue to the box rather than the paper, as this seemed to work best. 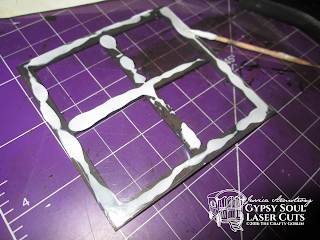 I used clear packaging for the windowpane and affixed it using white PVA glue and let this dry (it dries clear) overnight. 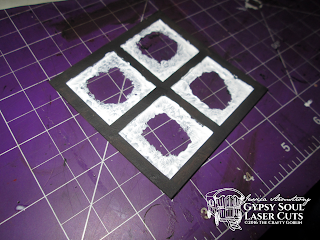 To mimic snow and frost, I used white gesso applied with a paint brush. 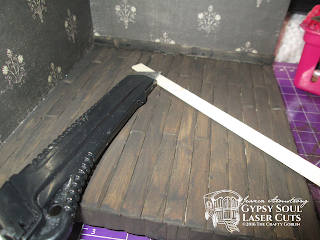 I used basswood for floorboards and again painted it with my stain mixture. 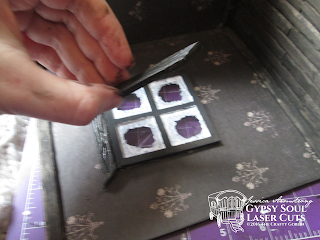 And here I'm putting together my window and frame onto the room box. 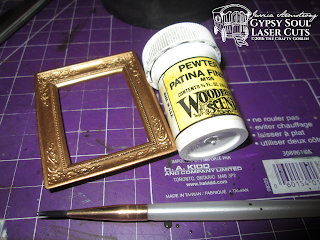 Some other things I've done in this project involve aging the brass bits with this Pewter Patina stuff from Woodland Scenics which is pretty neat stuff, but I've only ever seen it in a shop once and I'm almost out of it, so I'm going to have to find some way of making my own once I'm out. 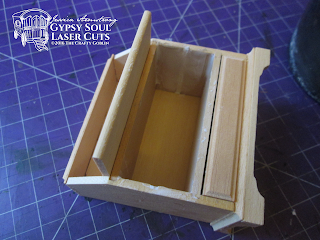 I also put together this old desk from Xacto and altered it a bit to suit my own needs and then painted it with the same stain as everything else, but added a dab of green. 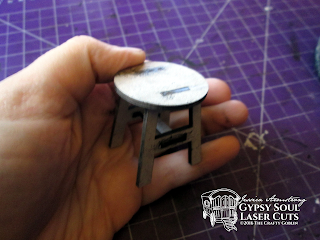 I've also used the smaller of the two stools for the project and covered it in the same stain as I did above.

Check back on the 23rd of December for pictures of how everything's turned out! All the bits and bobs I've added and secret bits - you know there's always secret bits!