Happy Canadian Thanksgiving! We'll be celebrating tonight with a nice dinner and some pumpkin cheesecake for dessert; since both of our kids are away from home it will be hubby and I and my best girlfriend. Since she's on her own she doesn't bake much at home, I plan to send some cheesecake home with her and thought it would be fun to have a decorative box for it. 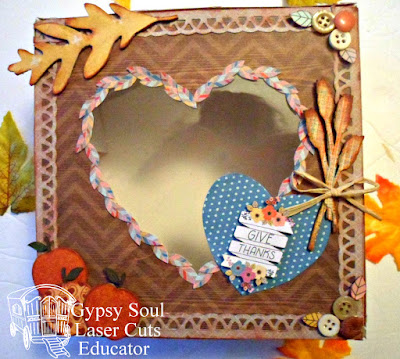 I started with a treat box I got after Valentine's Day at the dollar store. 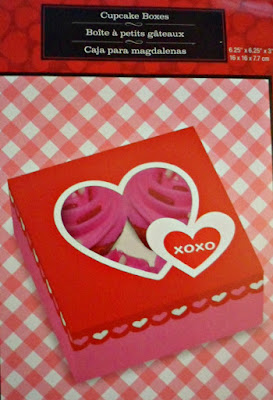 I covered the whole box with patterned paper using a 6x6 Pink Paislee Cedar Lane pad. In order to cut the heart shape out of the paper, I pressed the sheet into the lid of the box and ran a stylus around it to emboss the shape onto the paper so I could cut it out. 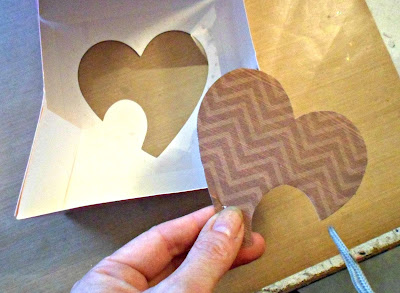 After the entire box was covered with paper I punched strips of paper to edge the box with. I used a Recollections punch but there are many different kinds that would be narrow enough to work well. 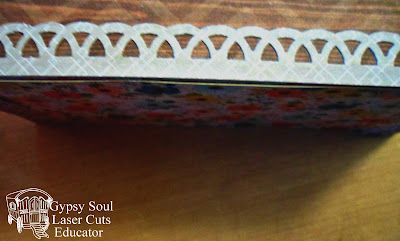 I fussy cut some images from the paper and added them to some of the box's surfaces for interest: 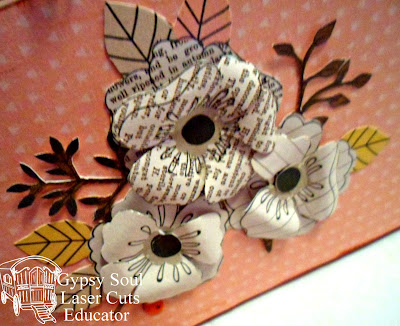 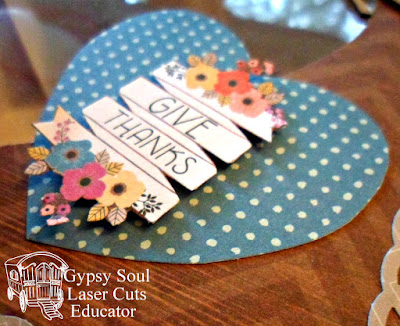 I used chipboard from the Fall Shape Set and covered it with patterned paper; I then sanded the edges and inked all the pieces with Versacolor ink in brown. The leaves on the pumpkins are painted with acrylic paint and inked as well. 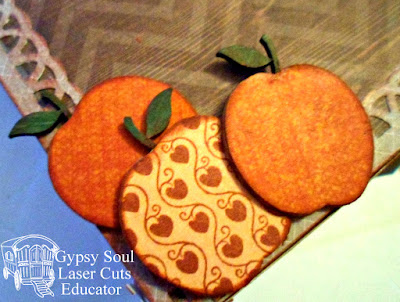 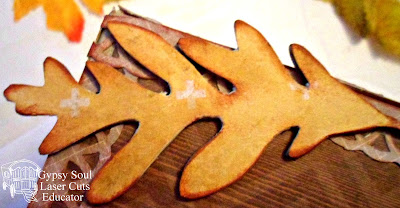 I added a raffia bow to this piece for an extra bit of texture. I love the natural look and feel of raffia! 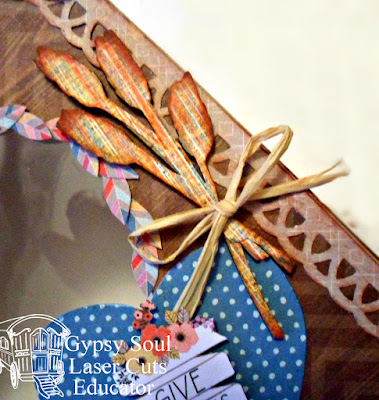 I was having so much fun with these papers that I decided to make place cards as well. Yeah I know it's a little hokey when there are just three of us, but what can I say? I was on a roll! 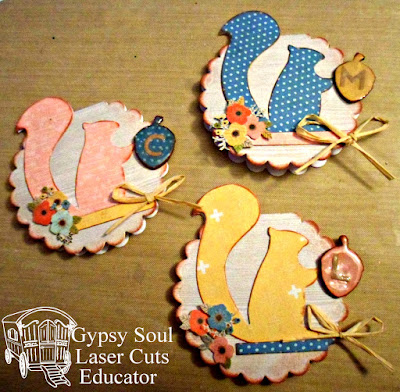 I cut the cards out by folding the paper in half then using a scalloped circle die. The fold was placed at the top and it was cut with the edge of the die above the fold so that the top was left intact. 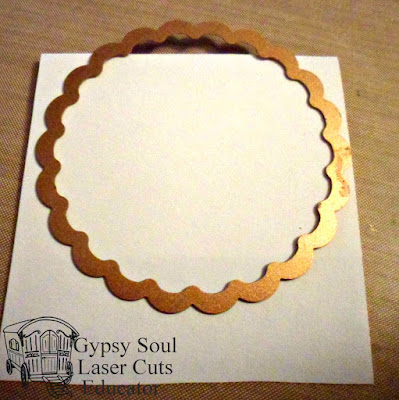 The squirrels were cut with a Memory Box die and I fussy cut the flowers and other bits from the paper and inked the edges of the cards with the same brown as the treat box; the acorns were also from the Fall  Shapes Set and were covered in paper then sanded and inked like the other GSL pieces were but after I added the initial to them I heat embossed them with 2 coats of UTEE to create a shiny finish and keep the initials from coming off. I like the contrast of the shiny pieces when everything else is matte. I added raffia bows like the one on the box.

I created both this project and my last one with pieces from the same shape set; the versatility of the pieces and the way they can be used for so many different types of projects and so many different crafters' styles makes them a great addition to your crafting stash.

As we celebrate our Thanksgiving in Canada, remember that I'm thankful for each and every one of you who take the time to stop by and see my projects-have a wonderful day and week!