Happy Saturday, everyone! Connie here with a miniature scene depicting the corner of a child's nursery that all started with a pull toy. I have been wanting to turn a GSL Small Wheeled Platform into a child's toy for a while but none of my little plastic animal figures were really speaking to me. While rummaging through my stash I came across a bag of zombies I found at a dollar store. There was a zombie dog inside and I just knew it had to happen. 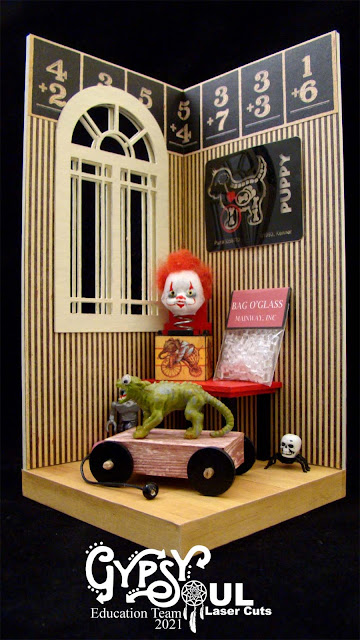 The platform easily assembles with a little tacky glue and comes with wheels and axles. 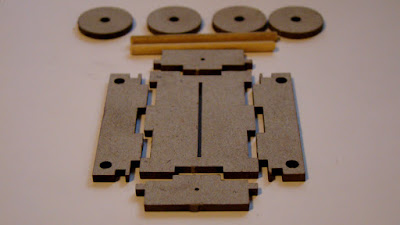 It's covered with a paper from Ms. Sparkle & Co's woodgrain neutral. I primed the plastic dog with a coat of watered down white glue and then gave it a coating of acrylic paint and some googly eyes. The final touch was adding a pull string with a bead handle. 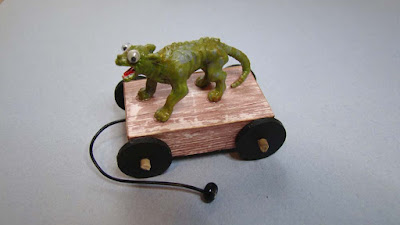 Now that his monstrosity was finished it needed a setting and I chose the corner of a child's nursery. While debating what demon child would actually own this I decided it should be Rosemary's Baby, of course!

The nursery was made from a GSL 4x4 Corner Room Box with Window. It has two walls and a raised floor. 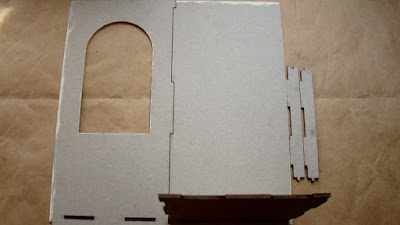 Before gluing it together, I adhered Graphic 45's Calico Kids from their ABC Primer collection to the interior walls. After the glue dried, I used an X-Acto knife to cut the paper from the window opening. 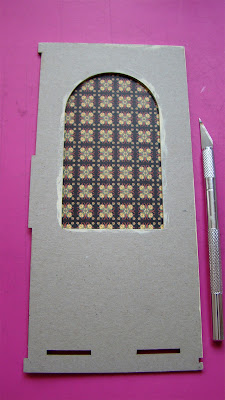 An arithmetic paper from the same collection made a wallpaper border at the top of the walls. 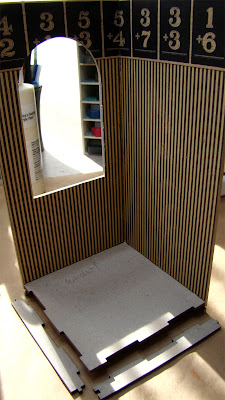 The GSL Set of 2 Arched Windows fit perfectly in this piece. They were painted off white and glued both the inside and outside walls. 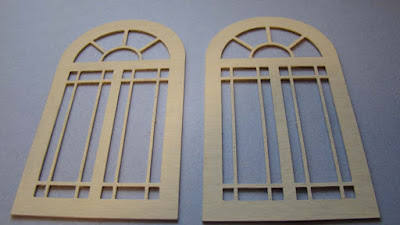 This nursery needed a jack-in-the-box. I made a twisted one from a GSL Cube Box 1 inch, a Kewpie doll head and a spring. 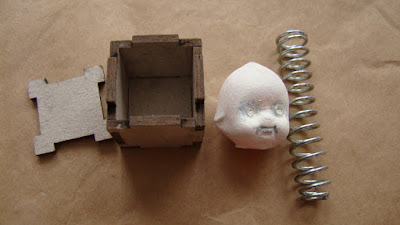 A bit of red roving for hair and some acrylic paint finished the look. The box was covered with an elephant border from Graphic 45's Le Cirque collection. 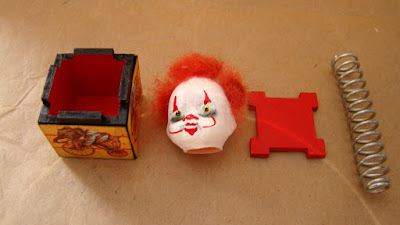 I assembled a GSL Simple 1:24 Table for the setting. The 8 leg sections are glued together in pairs and assembled as so before begin painted red and black. 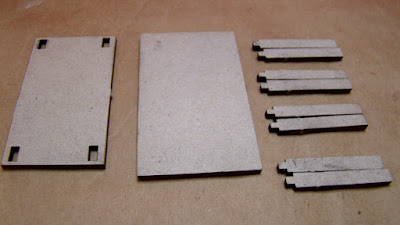 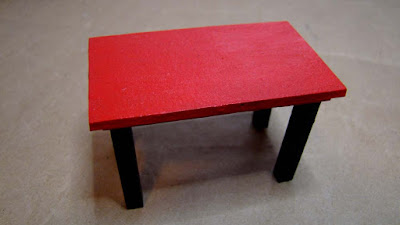 While rummaging around in my treasures, I found a Littlest Pet Shop puppy x-ray that was from a veterinarian set. The little broken leg felt like it belonged as featured artwork in this nursery. I asked my husband for his input on what else might go into a demented child's nursery and he suggested a Bag O'Glass. As soon as I stopped laughing, I put some acrylic vase filler in a tiny bag and printed off a label. 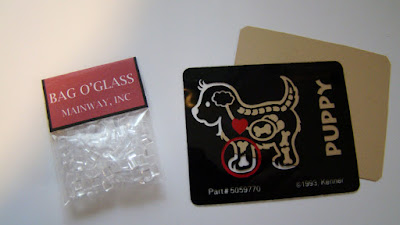 Final touches include a scary robot dude glued into a pink convertible and a skull bead glued onto a plastic spider. Thanks for stopping by! 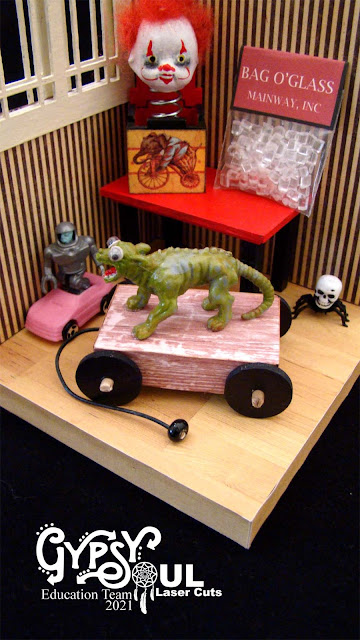