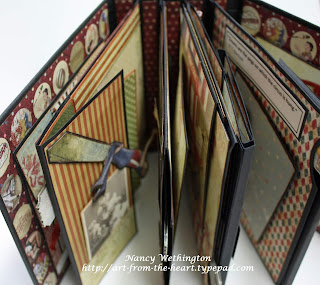 I recently watched
The Greatest Showman
and it brought back memories for me
of taking my Baby Boy
to the circus for the first time. 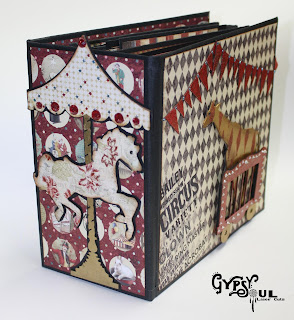 It was nothing short of a miracle that we
had this adorable baby in the first place.
And I was in tears at the circus
with the thought that
here I was, sitting in the stands
with a child I thought I'd never have. 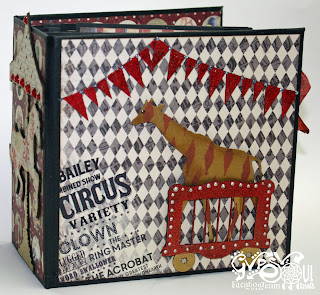 After I watched
The Greatest Showman
I *had* to create a mini showcasing the circus.
And, of course,
Gypsy Soul Laser Cuts
has some amazing circus chippies.

I used the following chipboard cuts for
my circus mini. 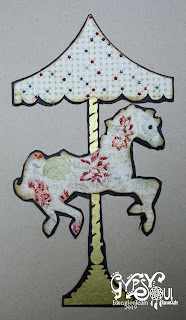 For the Carousel Horse on the spine:

Using a gold paint Pen-Touch paint pen,
I painted the post.
Then traced around 2 pieces of paper
from the
Stamperia Circus Collection:
one for the carousel top and another for the horse.

Because I was putting this against a very busy background
I backed this chip on black cardstock.
Then adhered to the book spine. 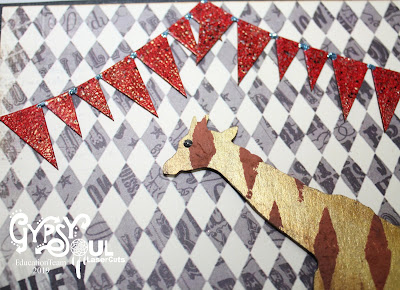 The banner was strung across the top of the book
and then I added dots of blue Stickles
in between each *flag*.

The giraffe was painted with a
gold Pen-Touch paint pen.
After that dried, I used a Tim Holtz stencil
and
Prima Rust Effect Paste
(Red Rust)
on top of the gold paint pen.
After adding an eye with Stickles,
the giraffe joined the cover. 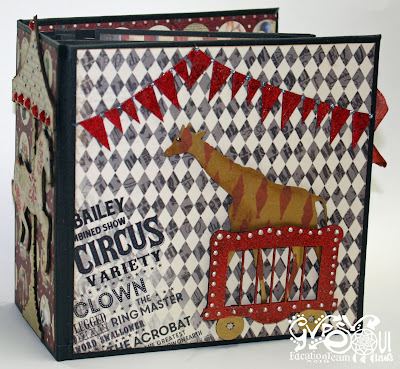 Housing the giraffe is a circus car from the
Circus Shape Set.
It was embossed using
VersaMark and Ranger's Scarlet Mixed Media Powder.
The wheels were painted with a Gold Pen-Touch pen.
I added Prima Liquid Pearl dots around the car. 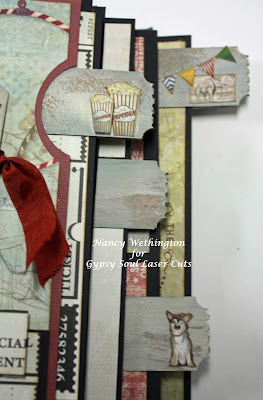 Each page in this mini has a large pocket insert.
The inserts were tabbed with 2 tickets each
(folded in half).
The tickets were dry brushed with white acrylic
and then tinted with
Iced Spruce Distress Ink.
Once the ink was dry, I fussy cut
tiny images from the
Stamperia paper and added an image to each. 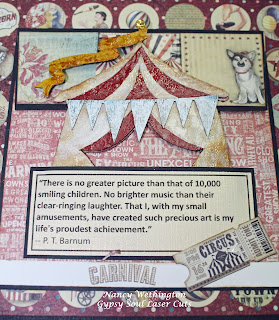 The mini has 2 large envelopes included,
one on the inside front cover
and one on the inside back cover.
I wanted a different closure for each
so I used the
tent image and ferris wheel image
from the
Circus Shape Set 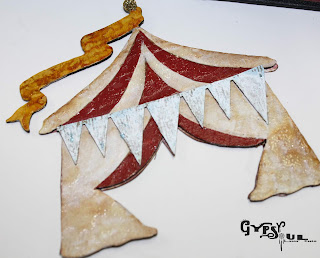 The tent was first painted with white acrylic.
Let dry and then added red acrylic accents.
The flat at the top was painted with yellow ochre acrylic.
After the paint dried, I used
Vintage Photo ink to add dimension and *dirt*
to the tent.
I let that dry and topped it all off with
Clear Rock Candy Distress Crackle Paint.
But . . . a warning!
Both the crackle paint and vintage photo ink
are water soluble so . . .
the crackle paint can move the ink around.

I dabbed the crackle paint on so that
the vintage photo ink stayed where I wanted it to.
Sort of.

I added more of the banner to the top of the circus tent
painting it white, inking it up a bit
and then added blue stickles dabbed on the banner.

Once everything was dry, I added it to a quote pocket
with the top of the tent acting as a closure
to the envelope. 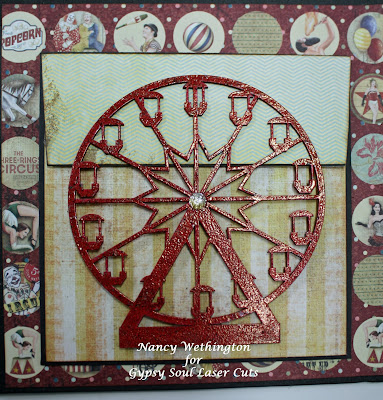 The back envelope was closed with the
ferris wheel.
Both side were painted with Versa Mark and
embossed with
Ranger's Scarlet Mixed Media Powder.
A *jewel* was added to the center
and then the top back of the ferris wheel
was adhered to the envelope top.
I used a velcro tiny dot clear closure at the bottom
of the carousel. 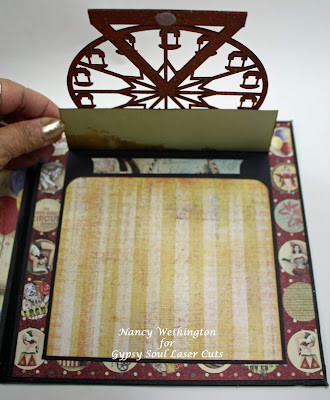 Here's a walk through of the mini:


The following are the
Gypsy Soul Laser Cuts
elements I used in this mini. 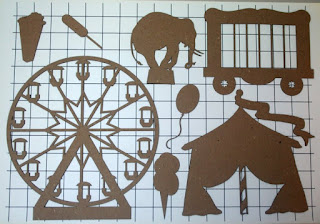 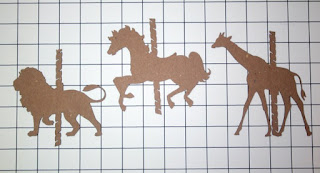 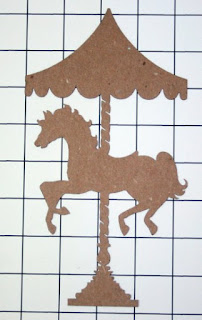 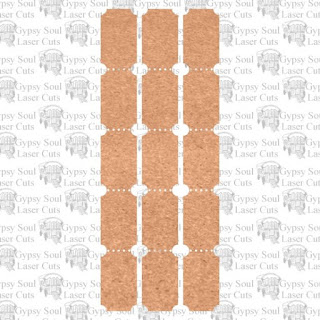 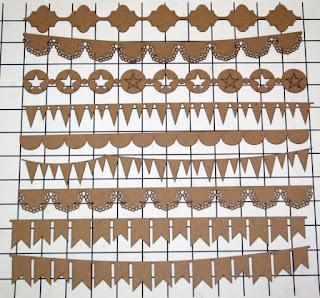 Thanks for visiting today!
See you in a couple of weeks.