I will be reusing the Small 5" by 7" Wooden IKEA frames I added to patina to the last time and have included those steps here for reference. This time I will be using Embossing Powders and a Heating tool to alter the Gypsy Soul Laser Cuts Alphabet Stencils for "R" is for Ravens, messengers of bad luck, "V" is for Vampires sometimes in the form of a bat, and "Y" is for Yeti also known as the Abominable Snowman. Remember this technique can be used to alter any of the GSLC chipboards. 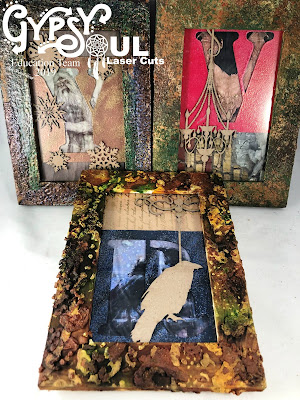 1.  Take GSLC Alphabet Stencil Blanks from Package.
2.  Print Images of your choosing to represent each letter, I have decided upon a Monsters and Mysterious Creatures one and not sure what I will find.
3.  I am using 3 small 5" by 7" inch IKEA wooden frames to showcase each of the letters.
4.  I am a texture type of guy so I want to alter the frames and give them added interest. I want them to look similar but not the same like they are part of a collection.
5.  For the first frame I used various Ice Resin Enamels in German Silver and Torched Copper and Embossing Enamels in Aged Hunter and Aged Copper. I layered them and cured with a heating tool. This method can also be used on any of the GSLC chipboards as I will probably use later in my project.
6.  I added Tim Holts Distress Sprays in Walnut Stain to add additional patina.
7.  The second frame was aged using Finnabair rust pastes in greens, browns, and orange placed on randomly with a paintbrush. I then used transparent burnt sienna ink to fill in any empty spaces. Once again this technique can be used on any of the GSLC chipboard pieces.
8.  The final frame was given a patina using Tim Holtz Distress Grit-Paste and Ferro-Copper Paste applied with a thin plastic spatula using a  Snake Skin Stencil and further distressing with alcohol inks in browns and greens. Once again this technique can be used on any of the GSLC chipboard pieces.
9.  For altering the GSLC Alphabet Stencil Blanks this time I will be Versa Mark Ink Pad, Embossing Powders, and a Heating Tool. 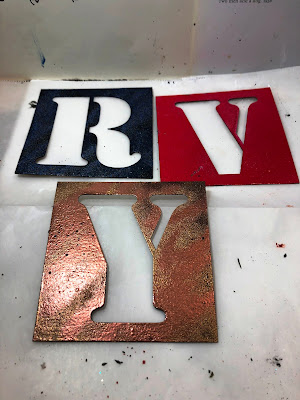 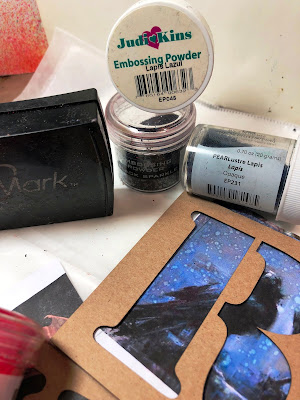 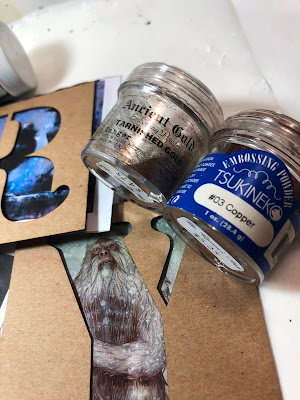 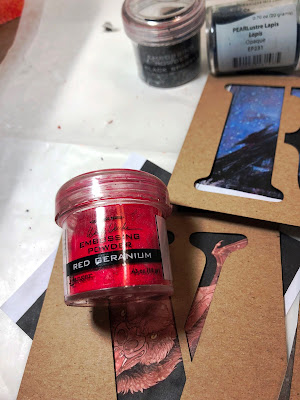 11.                Choose the Raven and Chandelier from the Gypsy Soul Laser Cuts String Alongs Gothic Set and some snowflakes from the GSLC Snowflake Shape Set.
12.                Find complimentary pieces of scrapbook papers for the backgrounds of your GSLC Alphabet Framed Designs. I used a gilded script for the "R",  I used a Brick and distressed wall for the "V", and a wood grain for the "Y". 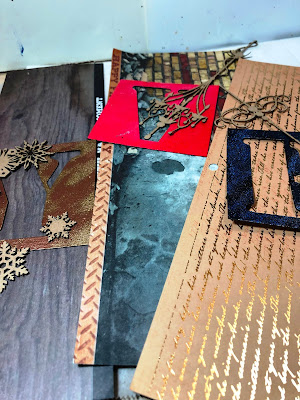 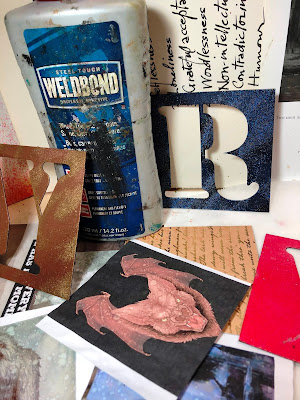 Some final thoughts.
"R" is for Ravens sometimes a messenger of death but this too may be a misconception. 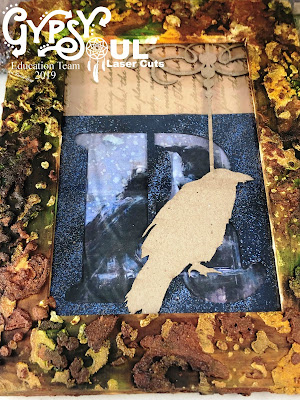 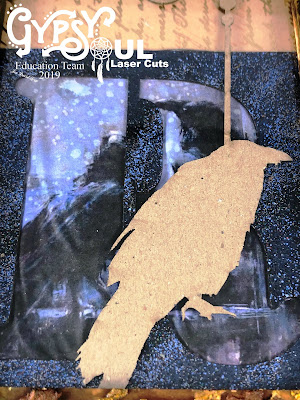 "V" is for vampires, sometimes in the form of a bat to hide their original conception. 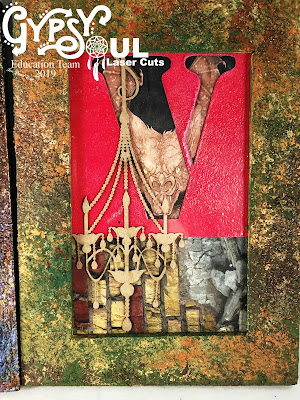 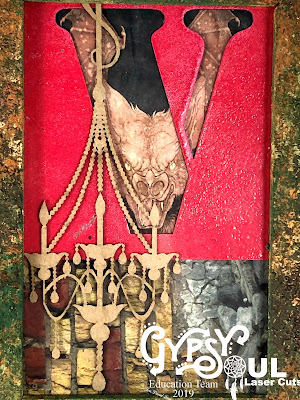 "Y" is for the Yeti sometimes called the Abominable Snowman who never seems to get a warm reception. 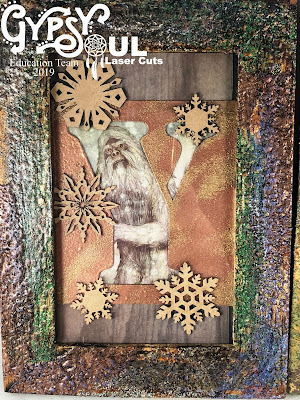 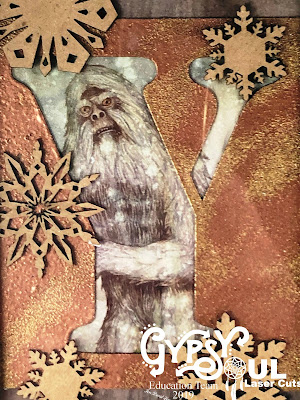 Stay tuned for the next and last instillation of  my GSLC Alphabet Stencil Blanks-Monsters and Mysterious Creatures Edition. I wonder what I will use for the final two letter "K" and "X"?


I cannot wait to see your interpretation of this project. Share it on the Gypsy Soul Laser Cuts Craft Group Page on Facebook. I would love to see what new creations you are working on!