The kit comes with six chipboard snowmen, twelve mittens, six scarfs, six hats and the letters to spell out Winter.  I cut, traced and fussy cut the six snowmen out of white cardstock and glued the cardstock on the chipboard. 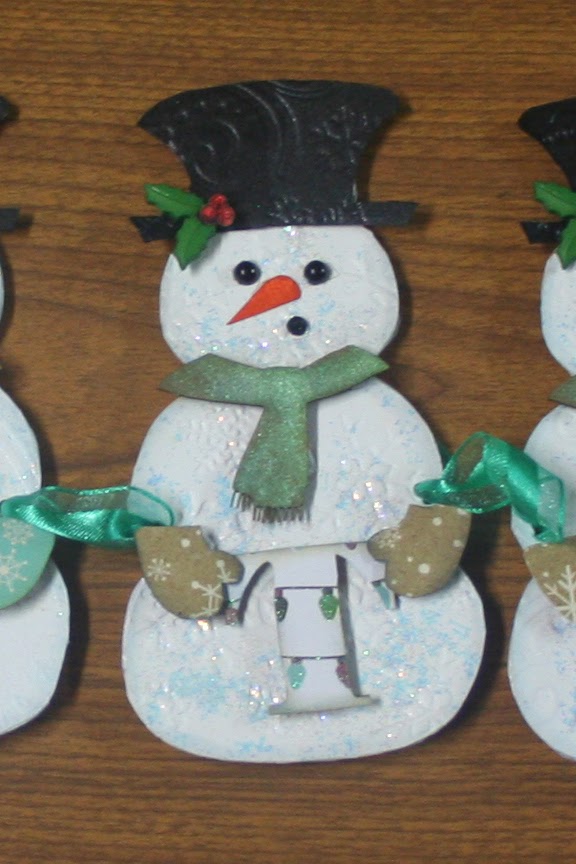 The Sparkling H2O watercolors were used on the scarfs to give them an iridescent look.  I traced and fussy cut the mittens using craft and teal snowflake paper.

The word winter was traced and fussy cut out of a white paper with glitter light bulbs.  The Snowman's eyes are little self-sticking 1/2 round beads and the mouths are the tiniest buttons I have ever seen.  The carrot noses were hand-cut out of orange paper and a Copic marker E04 was used to distress the nose.  The teal ribbon and the holly berry sprig are from my stash.


Thanks for looking today!

Other
Darice Swirl and Snowflake Embossing Folders
Guatamalan Color Sparkling H2O
Paper From  My Stock
Posted by Angela Drummond at 1:00 AM