Happy Saturday, everyone! I have a cute little miniature vintage sewing side table to share with you today. It's made from a GSL Thread Cabinet. I actually own a full size one of these that's a family heirloom. It was fun reimagining it in a tiny form and filling it with goodies. 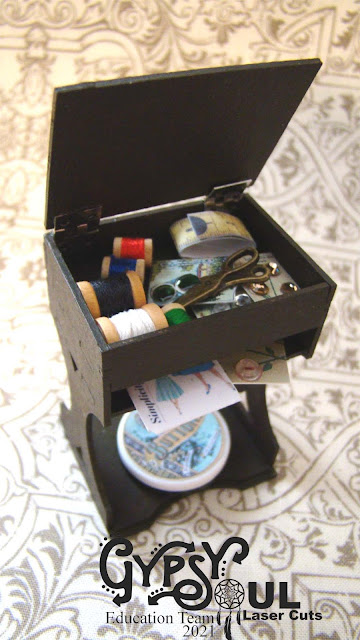 This photo shows the start of the cabinet assembly. Using tacky glue, I adhered the top horizontal pieces and the base to the sides. That piece at the bottom of the photo is the same shape but slightly smaller than the base and will be glued on top of the base piece to give it a bit of stability. 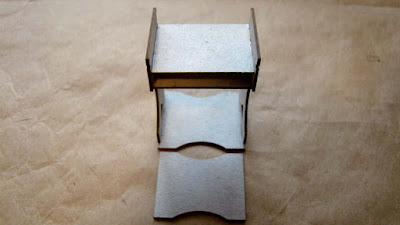 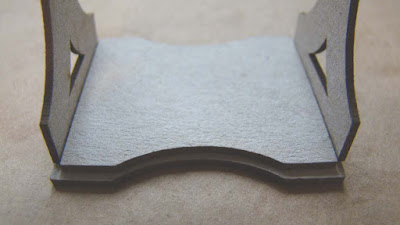 I painted the entire assembled piece in the same dark brown as my full sized version using acrylic paint. I chose to paint before adding these front and back pieces. It made getting into the nooks and crannies with a paint brush a bit easier. 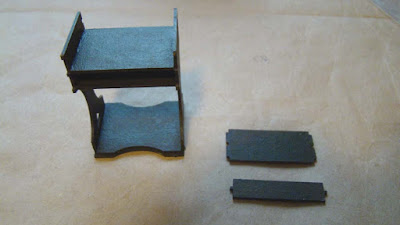 Those two were glued in place and miniature hinges were secured to the back of the piece using E6000 glue for some extra holding power. The final piece to add is the lid, which was also painted in the same dark brown and attached to the hinges. 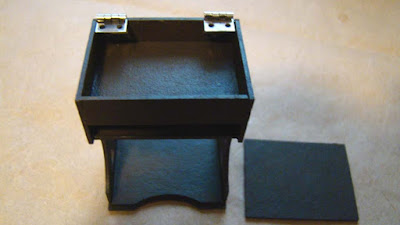 Using collage sheets, I printed some button cards on cardstock and a vintage Simplicity pattern on regular printer paper. The buttons that were glued on were a mixture of brads, flatback pearls, bindis and rhinestones. The buttons on the largest card are just a dot of Glossy Accents on top of the button image. 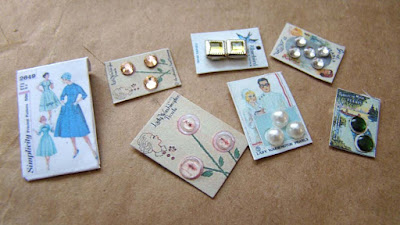 Here are the other fun additions to the cabinet. Miniature scissors, tiny spools of thread, measuring tape, teeny buttons and a 'tin' made by gluing a label on top of an acrylic button. 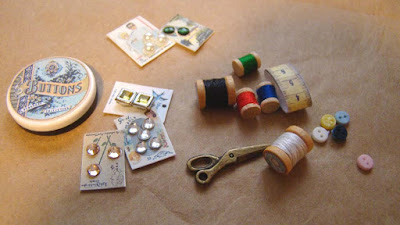 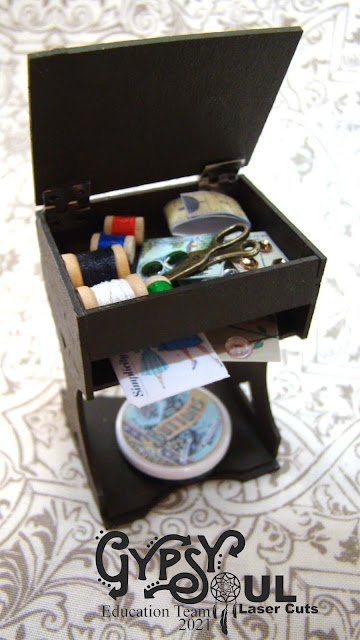