Hi everyone Dianna here with two snowflake cards, just in time for the Holiday Season! 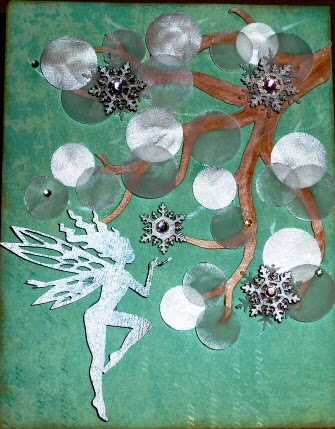 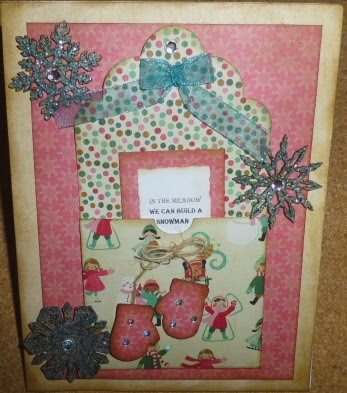 The Snow Fairy card is my inspirational take from a card I saw on Pinterest, which I loved!

The Fairy is from Gina's Designs Garden Fairies.  When I saw this
particular fairy I thought she looked like a ice fairy, so  I used
Sparkling H2O's on the fairy and snowflakes. 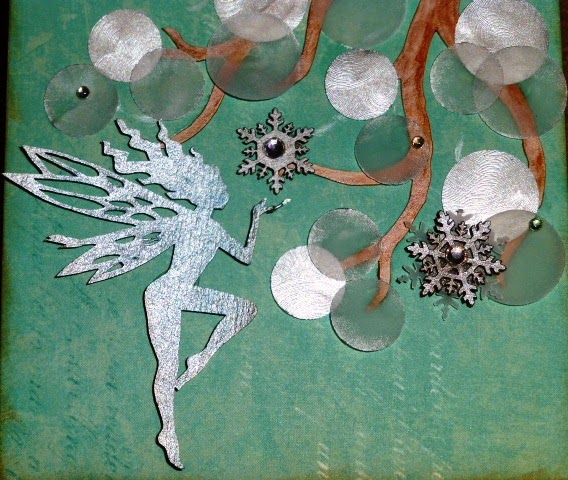 I painted one of Gina's trees with white acrylic, then used Copic Markers and white pearl chalk ink to give it a wintery affect.  I punched with a Fiskar 1/2 inch and 1 inch punches on clear velum and a white metallic paper.

I then distressed all of the circles with a silver chalk ink and then  I distressed the teal paper with light brown ink and cut the branches off the tree.

I laid out the branches and circles to look like snow globes. Then placed the snowflakes around the card like the fairy was creating them.  To finish off the card I used rhinestones on the snowflakes and through out the card. 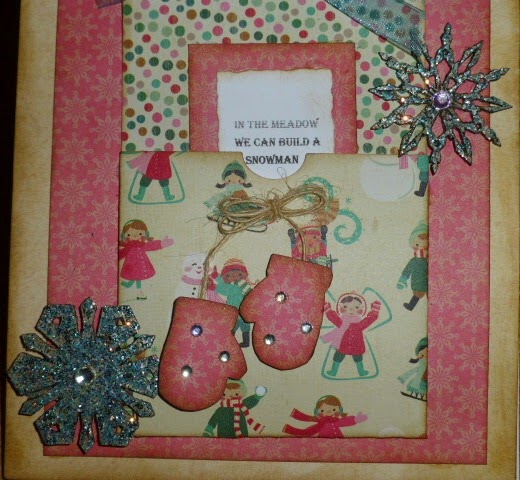 I picked up an small envelope maker from Taylored Expressions and decided that it would be a great on the front of a card.  I decided to use some of the pink paper from Crate Paper called Bundled Up.

I papered mittens from Gina's Designs Winter Shape Set.  I layered Stickles on the plain chipboard snowflakes to create the vintage look on the snowflakes.  I then printed out the "in the meadow" saying from the computer but a giftcard would be great in that slot as well. Rhinestones and a teal bow complete the look.
Thank you so much for stopping by the blog today!